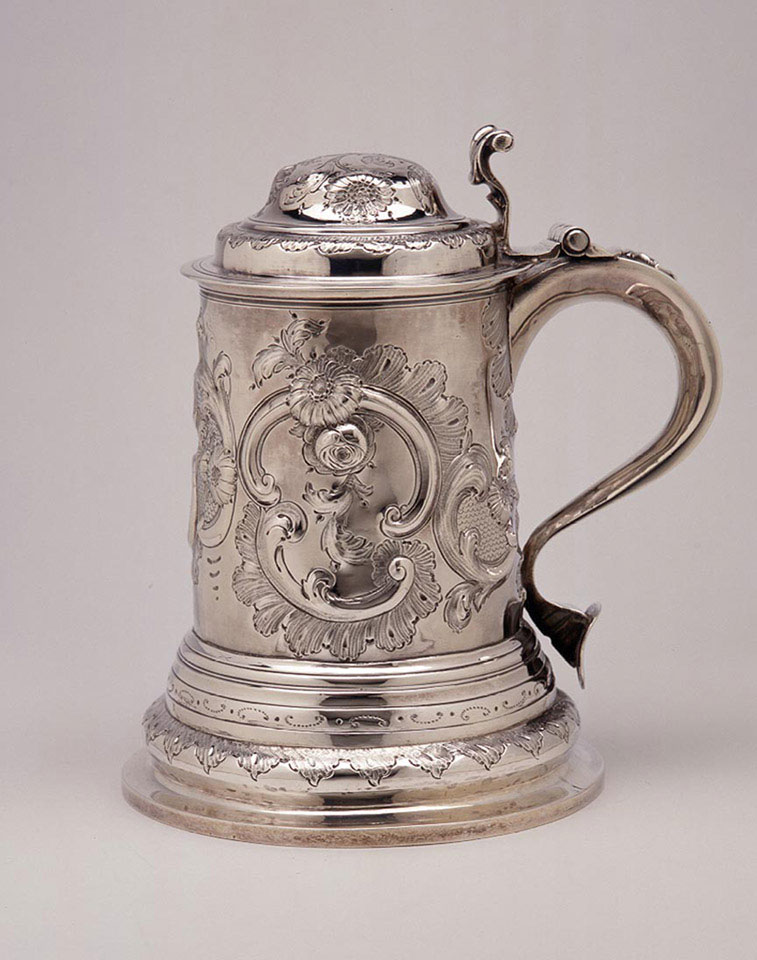 Described by the Badminton Library book of Riding and Polo as 'The Father of Polo', there is no doubt that Sherer, following a period of service on the North East Frontier, was instrumental in introducing the sport to Europeans. In 1859, as a young lieutenant and adjutant of the 44th (Sylhet) Regiment of (Bengal) Native (Light Infantry) he, and Captain Robert Stewart, Superintendent of Cachar, founded a European polo club. Five years later, Sherer and his team of seven Manipur men nicknamed 'The Brothers' took the game to Calcutta. It immediately became very popular, so much so that Sherer was entertained with a great banquet in the Indigo Mart. This Georgian silver tankard is very likely to have been presented to him at this occasion.