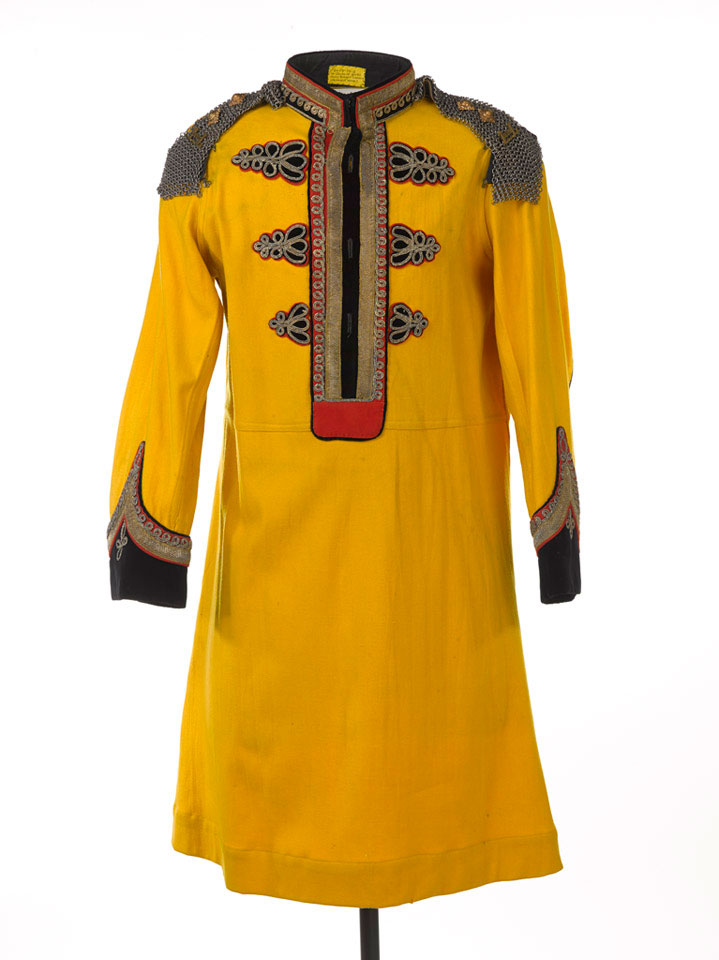 The distinctive full-dress kurta (long coat) was worn by both British and Indian officers of Skinner's Horse.

The adoption of distinctive yellow kurtas on the Regiment's formation in 1803 prompted the nickname 'the yellow boys'. The son of a Scottish father and a Rajput mother, Skinner is believed to have chosen this colour after an ancient Rajput custom. The tradition held that warriors riding into battle would vow to win or die in the attempt. They would then anoint their faces with saffron and put on 'Clothes of the Dead', yellow robes tied over their armour with yellow sashes.

Lieutenant-Colonel Cecil Pender Griffiths Griffin was born in 1864. He was commissioned as a lieutenant in the Royal Dublin Fusiliers in February 1885. He served with the 1st (The Duke of York's Own) Regiment of Bengal Lancers, promoted to captain on 7 February 1896 and major on 7 February 1903.

This kurta was lent to King George V for a portrait of him as Colonel-in-Chief of Skinner's Horse by Brook.