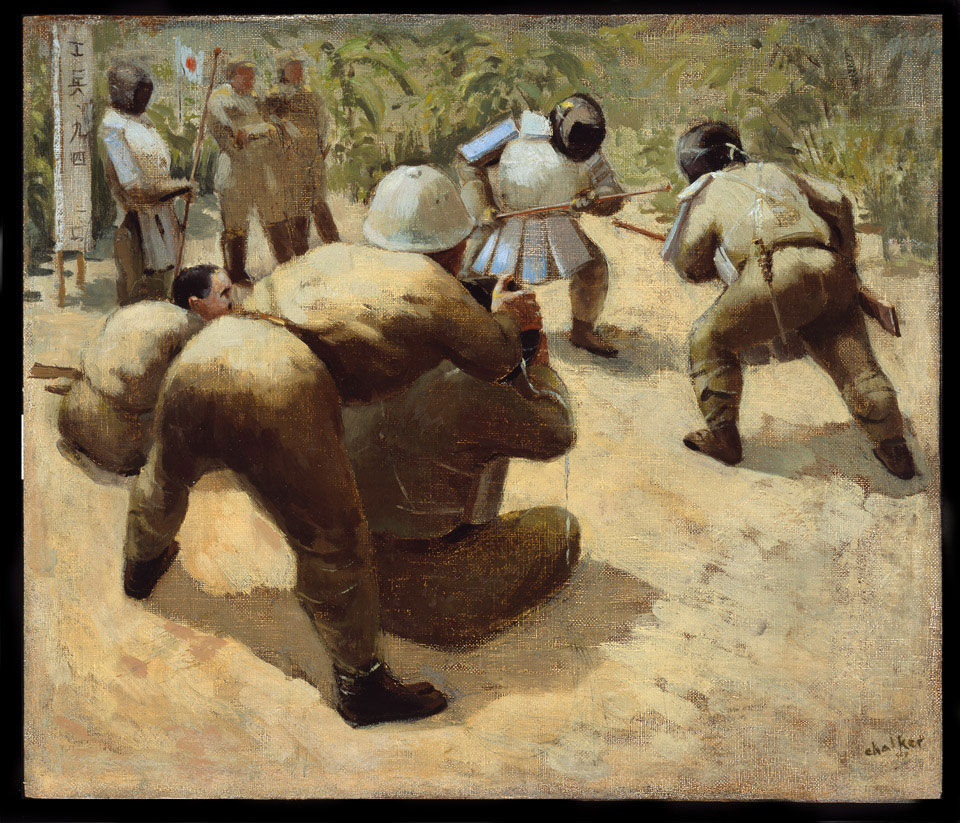 After the fall of Singapore to Japanese forces in February 1942, the artist was one of 130,000 British, Indian and Australian soldiers who were incarcerated at Changi prison. He was then moved to a labour camp in Singapore town for four months, before being sent by train to Thailand, where he worked on the infamous Thailand-Burma railway project. From the beginning of his captivity, Jack Chalker made notes of everything he encountered, although this was a dangerous activity which attracted severe punishment, if discovered.

Working on the railway for long hours on an unhealthy and inadequate diet caused the health of the prisoners to deteriorate rapidly. Jack Chalker was eventually invalided down-river to hospital camp, first at Chungkai and then at Nakhon Pathom. Here he assisted the medical staff with his drawing skills, helping with the development of new surgical techniques.

Chalker painted this scene shortly after the war, from sketches he made at the time. It depicts the Japanese camp guards dressed in lacquer armour engaged in bayonet practice, a favourite leisure pursuit of both Japanese and Korean guards. Wearing costumes similar in design to traditional fighting armour and using wooden 'rifles', the guards would roar as they charged at each other, within earshot of the hospital's sick patients.

Japanese interest in physical fitness was not confined to their own men, and all mobile patients and camp personnel were forced to participate in formal rhythmic exercises along to Japanese children's music.