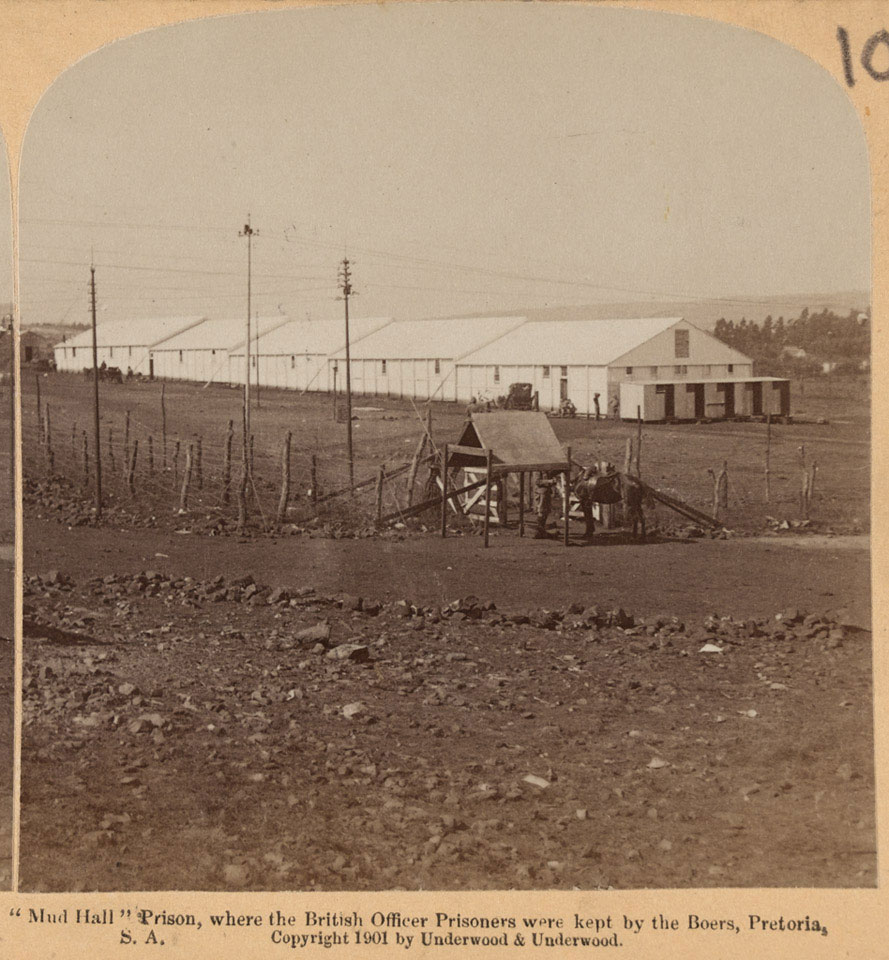 'Mud Hall' Prison, where the British Officer Prisoners were kept by the Boers, Pretoria, S.A'

Lord Roberts' force captured Pretoria, capital of the South African Republic, on 5 June 1900. The Boers had decided not to defend the city and ordered a retreat along the Delagoabay railway line. President Paul Kruger left Pretoria at the same time. Despite the loss of their capital, the Boers refused to surrender.

From a box of 89 stereoscopic cards entitled, 'South African War through the Stereoscope Pt 2 Vol 1'. Published by Underwood and Underwood and produced by Works and Sun Sculpture Studios, 1901 (c).