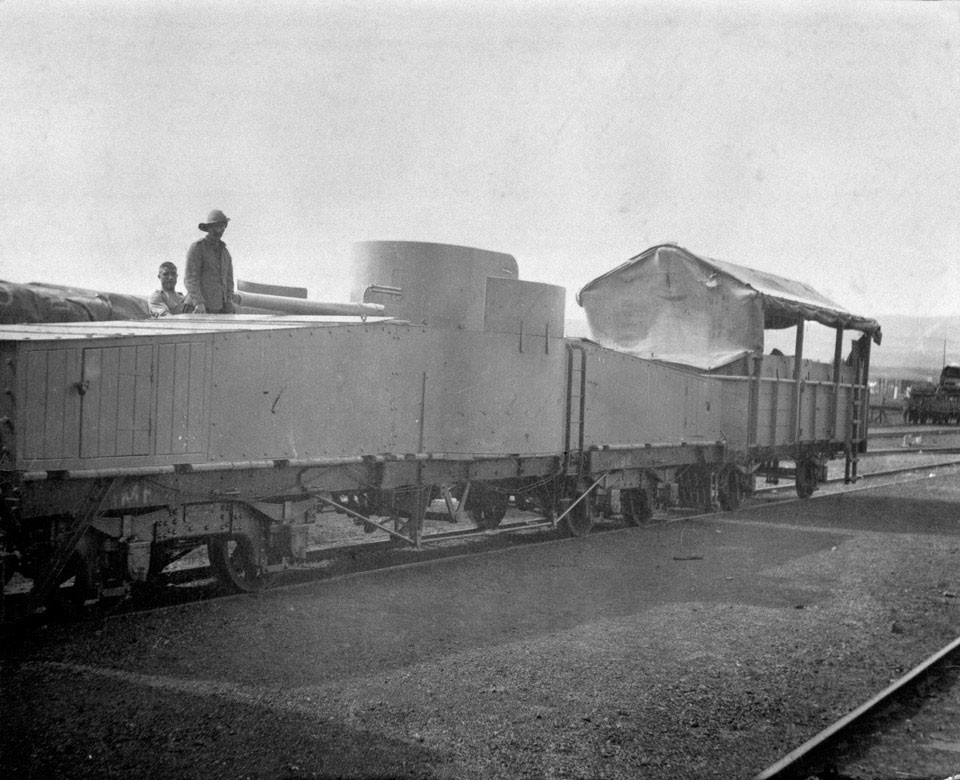 The armoured train which accompanied Lord Milner on a secret visit to Natal, December 1901

Railways played an important part in the South African campaign and were frequently attacked by the Boers. To counter this threat, armoured trains regularly patrolled the main routes. Winston Churchill, then a war-correspondent, was travelling onboard one such train when it was ambushed by Boer commandos.

From a collection of photographs associated with Major Arthur Caldwell, Army Service Corps.