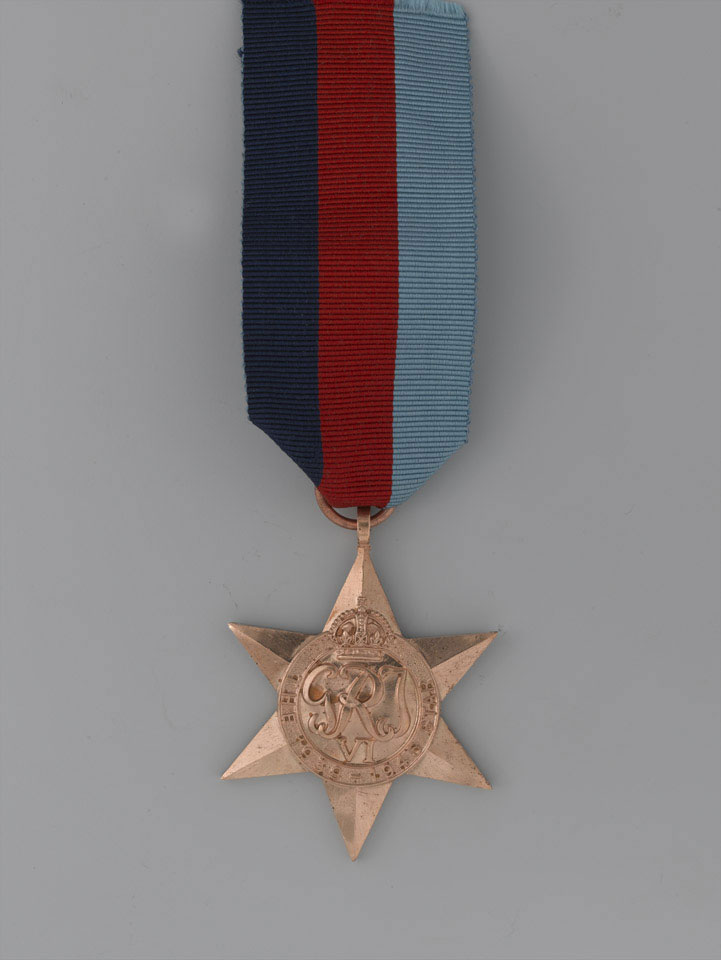 Campaign medal made of copper zinc alloy in the form of a six-pointed star. On the obverse, the royal cypher, 'GRI VI', for King George VI, surmounted by a crown, with a circlet inscribed with, 'The 1939-1945 Star'. The medal is suspended from a dark blue, red and light blue ribbon. This medal was awarded to British and Commonwealth personnel for operational service between 3 September 1939 and 2 September 1945.

West was one of the 85,000 British troops taken prisoner by the Japanese at the fall of Singapore in 1942. He was forced to work on the infamous Burma-Siam railway, known as the 'Death Railway' because of its high cost in lives. West died in Burma while working on its construction in October 1943, aged 28 and was awarded this medal after his death in recognition of his service.