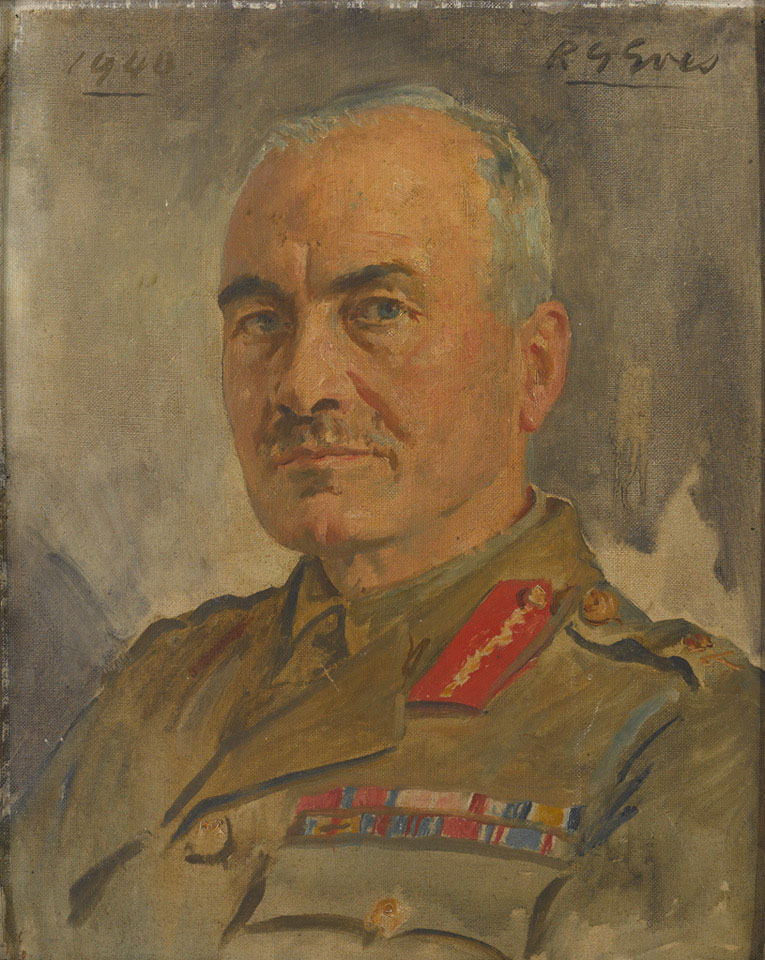 Oil on hardboard by Reginald Eves, 1940.

Adam (1885-1982) attended Eton College and the Royal Military College at Woolwich before being commissioned into the Royal Artillery. After serving in India he fought on the Western Front and in Italy during World War One, being awarded the Distinguished Service Order (DSO) for his services. Following the war he held a series of staff appointments at the War Office and Staff College, but in 1936 he was appointed Commander Royal Artillery with the 1st Division. After serving as commandant of the Staff College he was appointed Deputy Chief of the Imperial General Staff, a post in which he initiated many important reforms.

In October 1939 Adam was given command of III Corps of the British Expeditionary Force (BEF). During the evacuation of the latter in May 1940 he organised the defence of the Dunkirk perimeter which allowed thousands of soldiers to evade capture. On his return from France in 1940, Adam was appointed to head Northern Command. In June 1941 he was appointed Adjutant General with responsibility for all personnel, administration and organisational matters. He remained in this post for the remainder of the war and made a crucial contribution to final victory. In later life Adam was Director-General of the British Council and President of the United Nations Association.