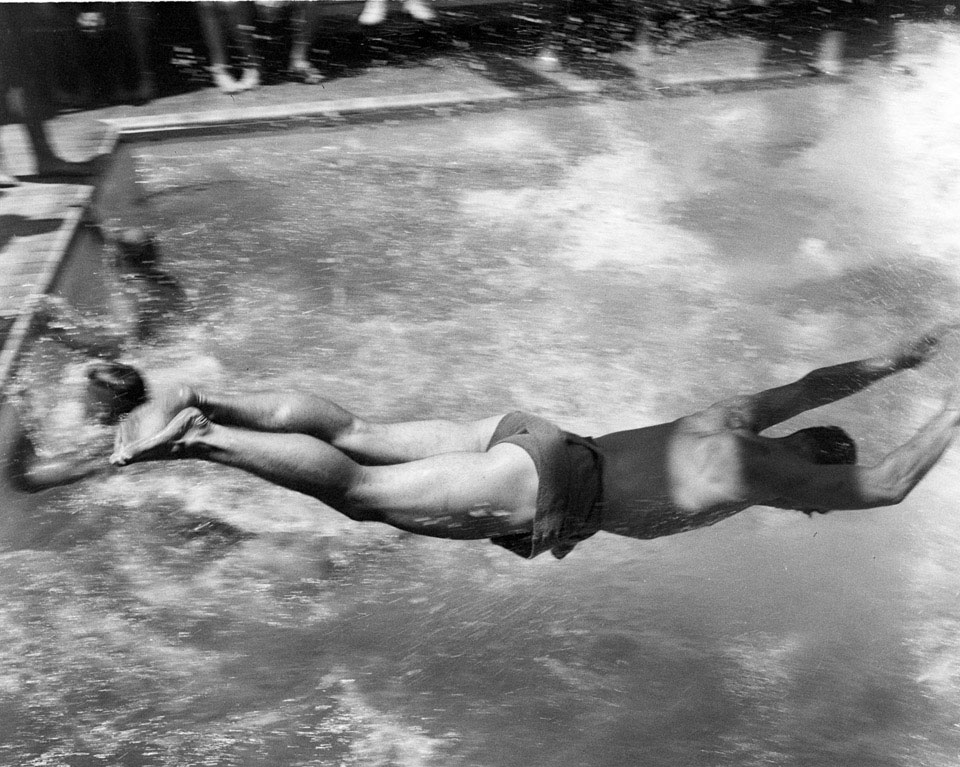 The ocean liner RMS Orion, launched in 1934, was requisitioned as a troopship in 1940. She transported troops to and from England, Egypt, New Zealand, Australia, and Singapore; she survived the war and was scrapped in 1963. Troops in transit were able to take advantage of some of the the liner's peacetime facilities, such as the swimming pool.