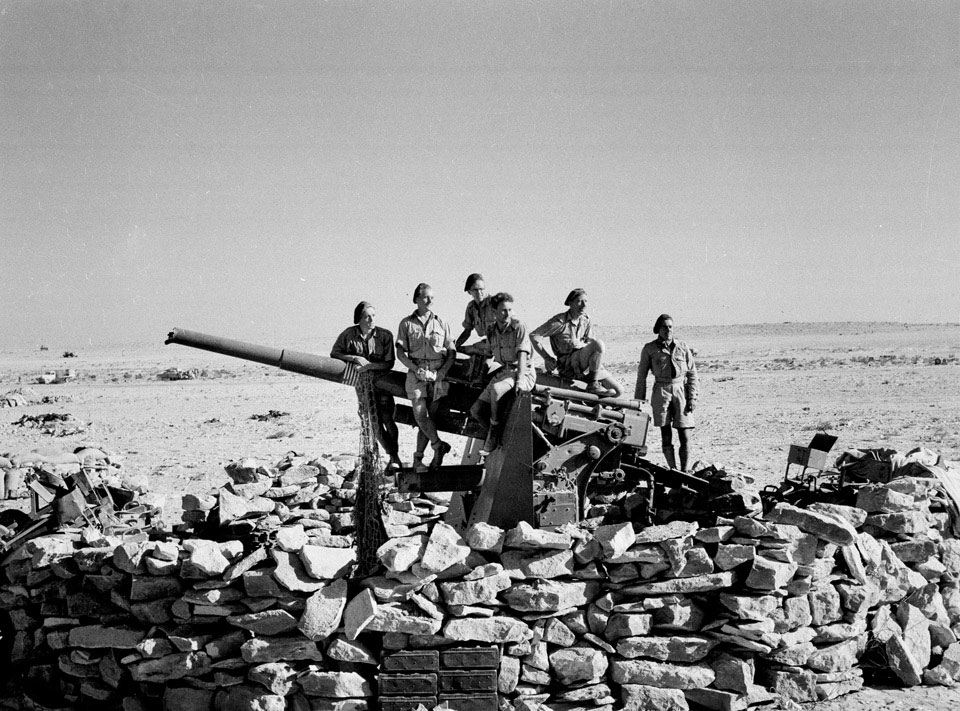 Members of 3rd County of London Yeomanry, named as Ronnie Mutton, Tommy Elkins, Tommy Thomson, Geof Fiske, Norrie and Aitkin, pose by a knocked out German 88 mm gun. During the early phase of the North African campaign dug-in 88's destroyed many Allied tanks and other armoured vehicles that could not match its range of fire. As the campaign wore on however, the 8th Army eventually learned to co-ordinate their heavy artillery with their ground advances, destroying the relatively immobile 88s in their emplacements once they revealed their positions.