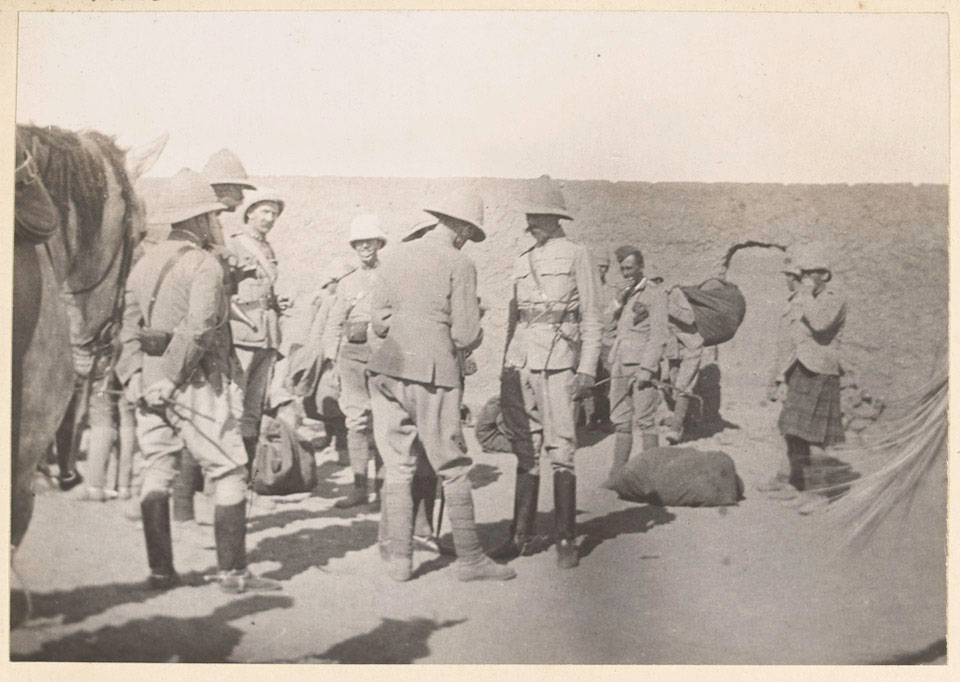 Lord Kitchener with officers in the desert during the 2nd Sudan War, 1898