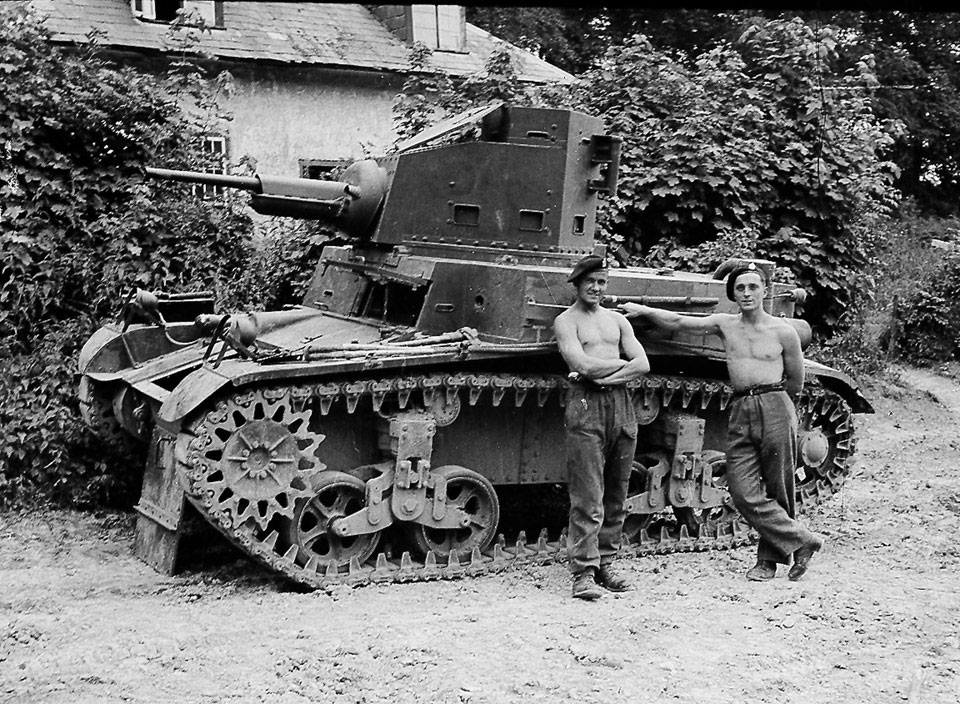 Ken Carroll and Ronnie Mutton standing next to a Honey tank, 1941

The Honey was the British designation for the American General Stuart M2 light tank. It first entered production in 1941 as the M2A4 model, which was supplied to the British in Egypt in 1941. It was armed with a 37mm gun, a co-axial machine gun in the turret and a hull mounted machine gun. The unit's war diary does not note any M3 Honeys with the Sharpshooters at Westbury in 1941.

Corporal Kenneth Carroll survived the campaign in North Africa but was killed near Tenutella in Sicily on 13 July 1943. The Commonwealth War Graves Commission records his death, aged just 24, and the location of his grave at Catania War Cemetery.