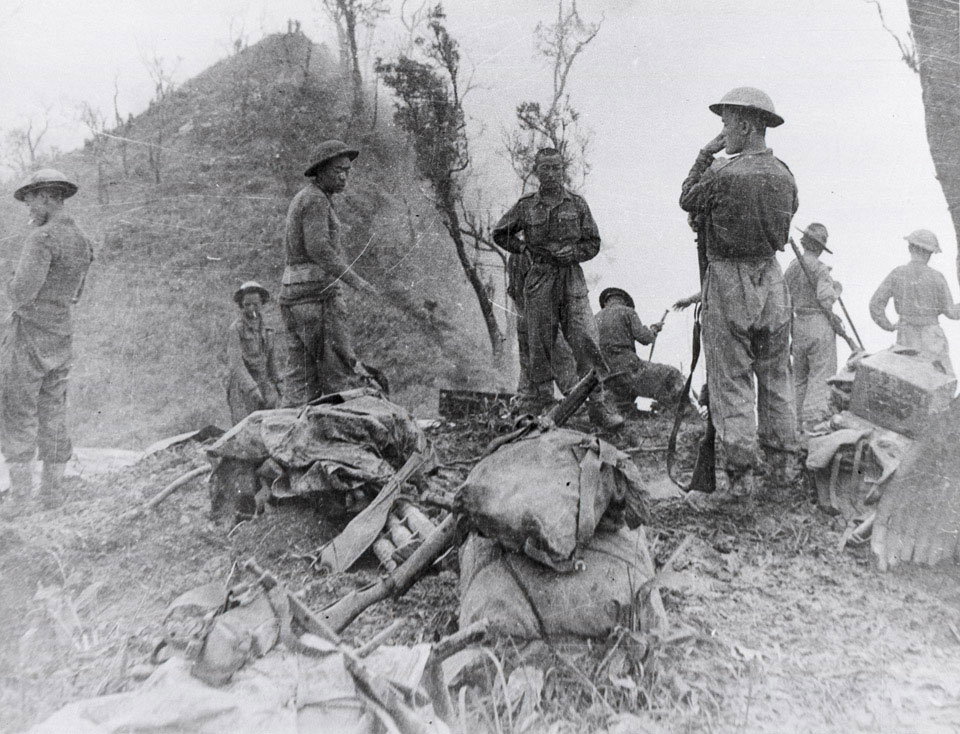 Gurkhas resting during the Imphal-Kohima battle, 1944

Imphal and Kohima were the turning points of one of the most gruelling campaigns of the war. Decisive Japanese defeats, they became the springboard for the Fourteenth Army's subsequent reconquest of Burma.

In an attempt to forestall an Allied invasion of Burma, the Japanese launched an offensive into north-east India, aiming to capture Britain's strategic base at Imphal. Moving swiftly through dense jungle, they converged upon Imphal from three sides. At the same time, they isolated the city by striking at Kohima village to the north.

Hoping that their opponents would collapse in the face of such bold thrusts, Japanese plans unravelled when, instead, the Allies held fast. The battle degenerated into a series of vicious close-quarter engagements, in which both sides displayed great courage. Critically short of supplies, the Japanese could not sustain the battle in the pitiless conditions of jungle warfare during the monsoon and against such resolute British defence.

From a collection of 48 photographs relating to the Burma Campaign.