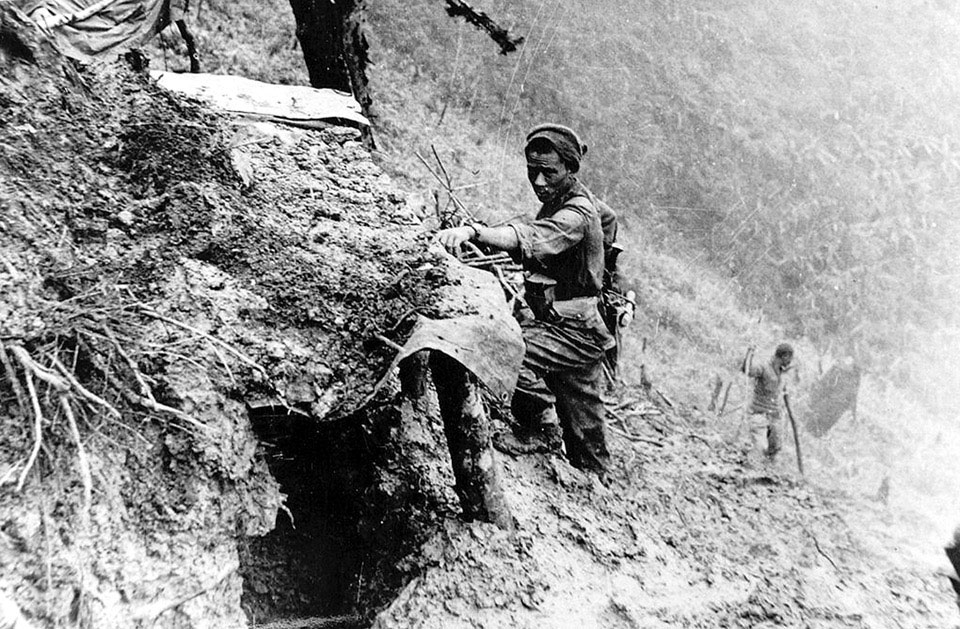 A Gurkha examines a Japanese bunker on 'Scraggy', Burma, April 1944

According to a note on reverse of this, he is standing on 'one of the defended positions on the slope of Linch Hill, which was taken together with SCRAGGY'.

One of 68 photographs in an album collected for the history of 23rd Indian Division.