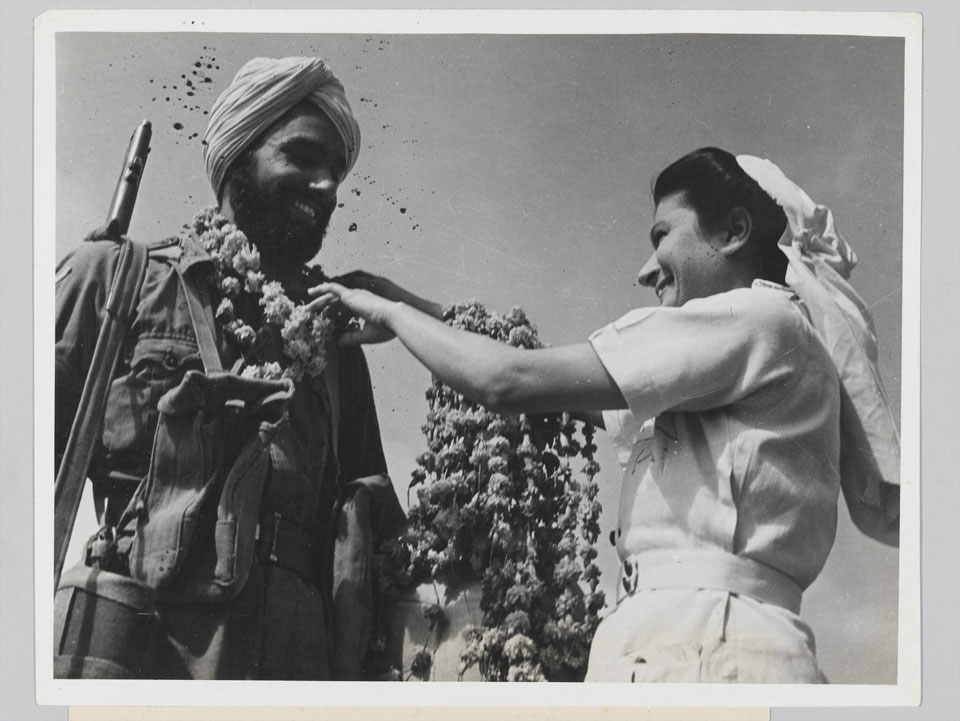 A Sikh soldier receiving a garland of flowers from a nurse, 1946 (c)

During the Second World war the Indian Army expanded to over two million troops, 300,000 of whom were Sikhs. This was probably the largest volunteer army in history. Indian troops served in Western Europe, East and North Africa, the Middle East, Italy and the Far East. They played a decisive role in winning the war.

One of 233 official photographs collected by Captain Roy Wiltshire in his capacity as Editor of the Indian Army Review.