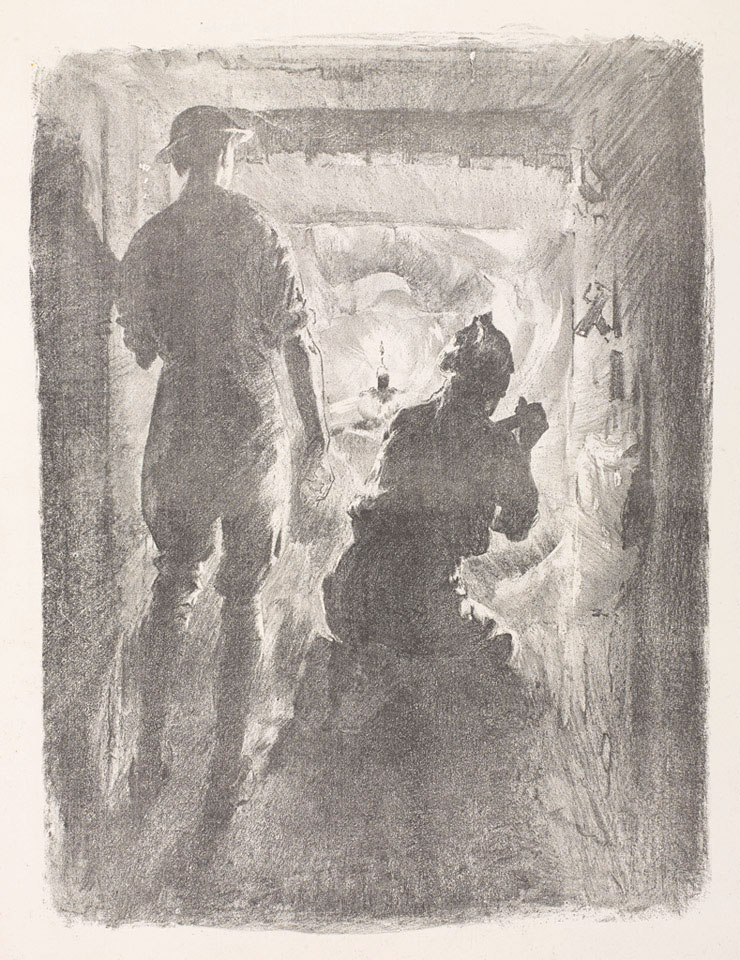 Lithograph by and after Lieutenant W (Will) H Dyson, Australian Imperial Force, 1917.