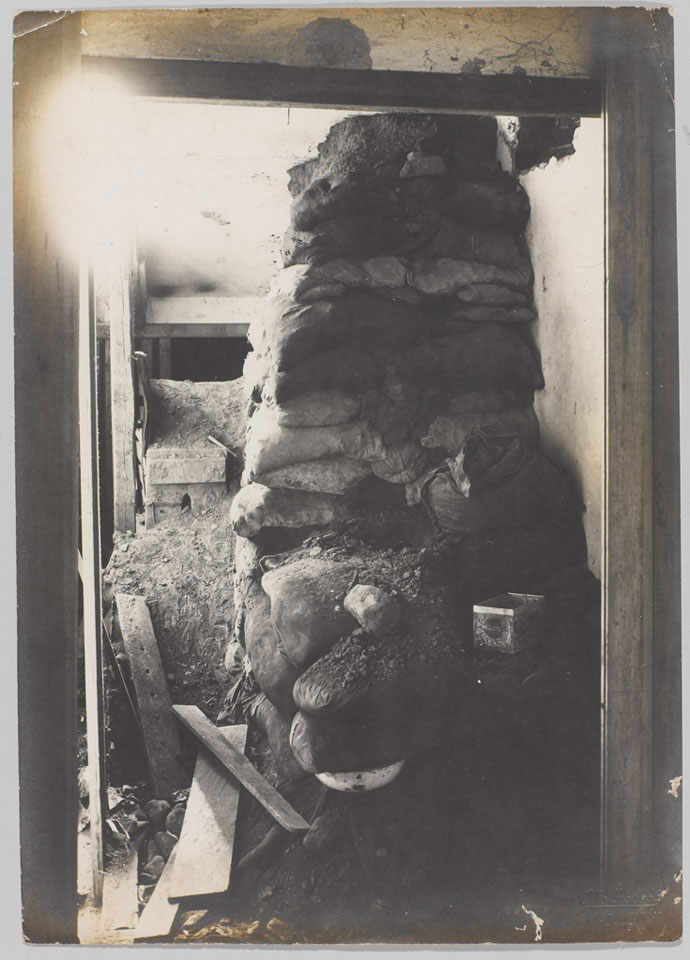 The excavated entrance to the tunnel beneath a barrack block at Holzminden Camp, 1918

Holzminden Camp in Lower Saxony housed British officers and was the scene of one of the largest prisoners of war escapes of the First World War. On the night of 23-24 July 1918 29 men escaped through a tunnel that the prisoners had spent the previous nine months excavating. 86 officers were on the list of those waiting to use the tunnel but only 29 escaped after it collapsed half way through the break out. Ten of the 29 escapees managed to reach the neutral Netherlands and eventually get back to Britain.

One of seven photographs relating to Holzminden prisoner of war camp for officers in 1918, taken by Otto Liebert of Holzminden, possibly the Camp photographer, 1918.