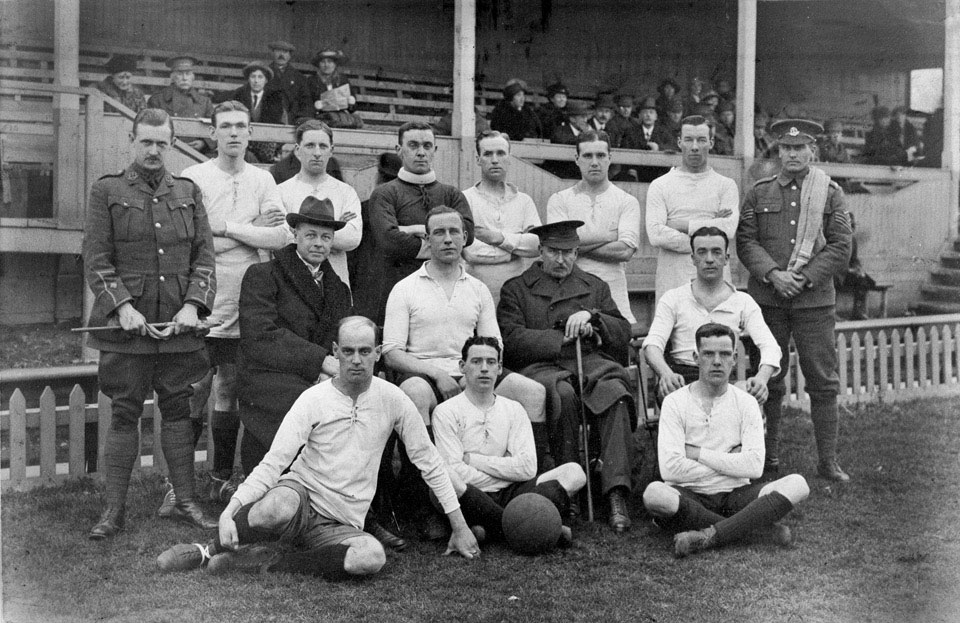 Members of the 17th (Service) Battalion, The Middlesex Regiment, in football kit, 1915 (c)

The formation of the 'New Armies' during World War One allowed footballers to enlist en masse in 'Pals' Battalions'. Clapton Orient (now Leyton Orient FC) were the first English Football League club to enlist together. They joined the 17th Battalion of the Middlesex Regiment, which was known as the 'Footballers' Battalion'. Others followed their example, including F E Bullock of Huddersfield and England who stands second from right. Richard McFadden, a leading goal scorer for Clapton Orient, is seated centre. Both died in action during the Battle of the Somme in 1916.