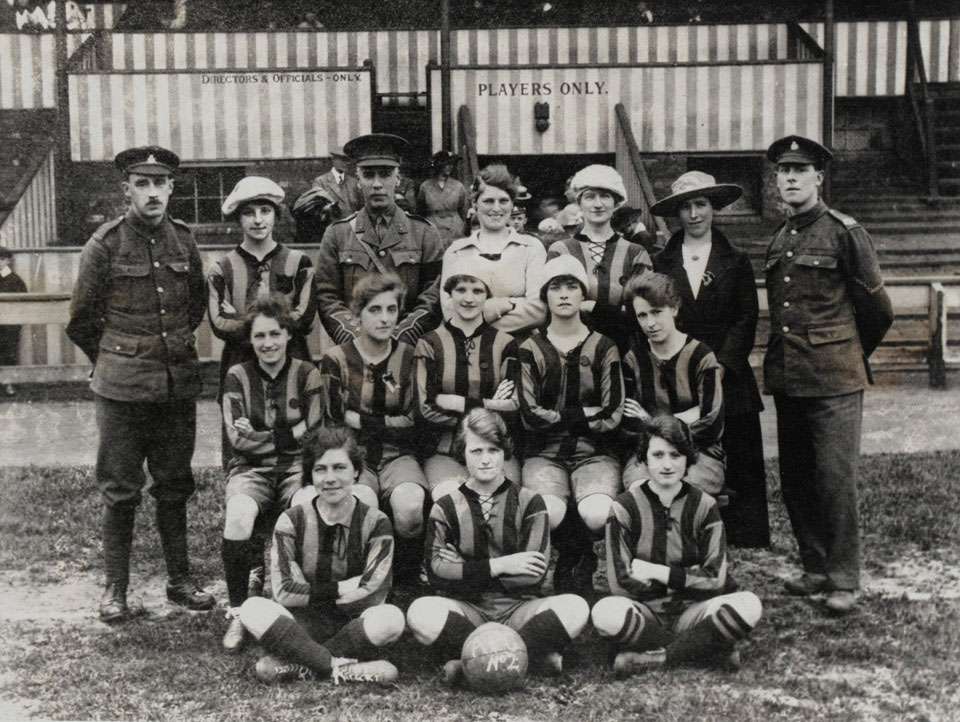 'Record Office also formed a ladies team and we played each other on the Preston North End football ground. This game was a huge success, the money went to war comforts etc. A match was then arranged for Dick Kerr's Ladies team to play Pay and Record office teams on the Blackburn Rover ground. I think we were the first to beat Dick Kerr's team. This match was a treat for the convalescent soldiers stationed at Whalley Hospital who filled the stands. I was proud to be captain'.

'The Directors of Blackburn Rovers invited us to dinner after the match. The Chairman had known my father, who had played at Blackburn many times. The Chairman said if we were only men he would have signed us for Blackburn. I had been brought up on football as long as I could remember, my father being known as Jimmy McLean who played for Preston and many other teams. The Chairman remarked on the likeness of my play with my fathers'.