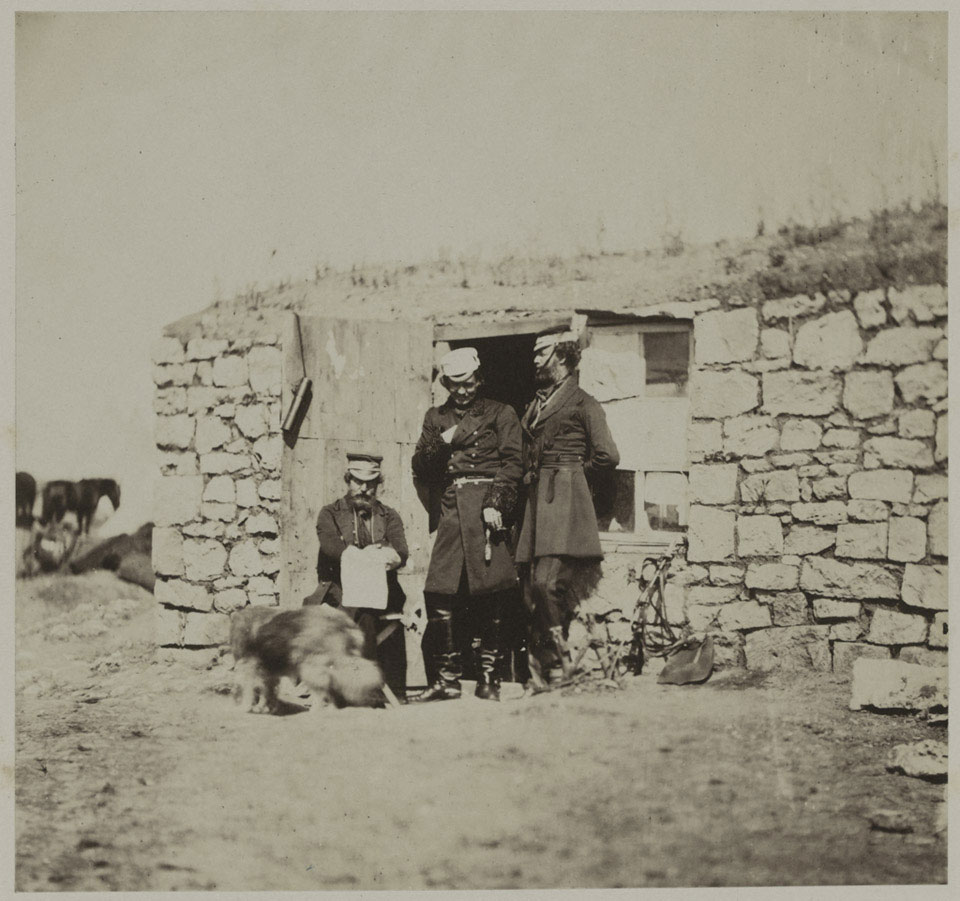 Officers on the Staff of Lieutenant-General Sir Richard England, 1855

Traditionally the British public had had to rely on written descriptions or artists' impressions for images of foreign wars, but Fenton's photographs were something of a revelation. They enabled a more accurate description of scenes than could be gleaned from paintings, prints and drawings alone. The officers shown here are Colonel David Edward Wood, Major Stuart Wortley and Colonel The Hon Francis Colborne.