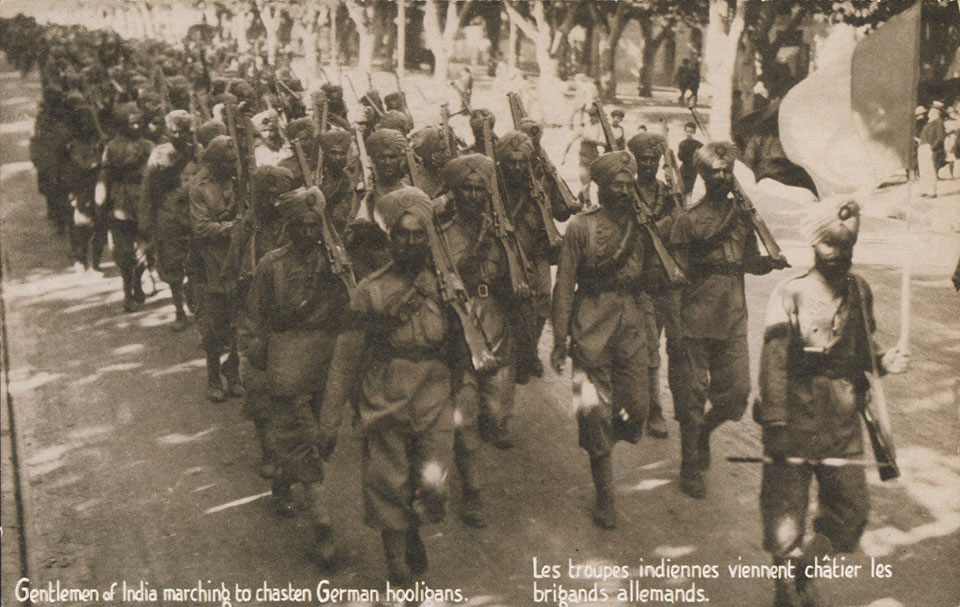 Indian soldiers were serving on the Western Front as early as October 1914. Shortly after the outbreak of war, the Lahore and Meerut infantry divisions of the Indian Army were shipped to Europe. They took part in the fierce fighting around Ypres. Altogether, about 1.3 million men from the Indian sub-continent served during the conflict in all the major theatres.