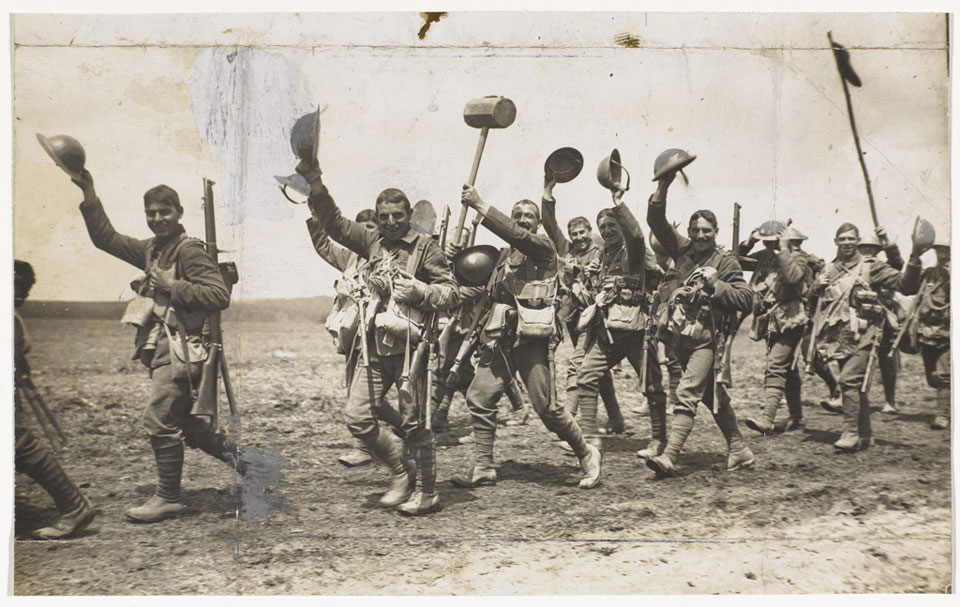 Part of 88th Brigade of 29th Division, the 4th Worcesters are pictured marching into the line prior to the launch of the Somme offensive on 1 July 1916. Their division attacked along Hawthorn Ridge towards the village of Beaumont Hamel. Despite being preceded by the detonation of a huge mine under the enemy lines, the assault was beaten off by the German defenders and 223 officers and 5,017 other ranks from the 29th Division were killed or wounded.