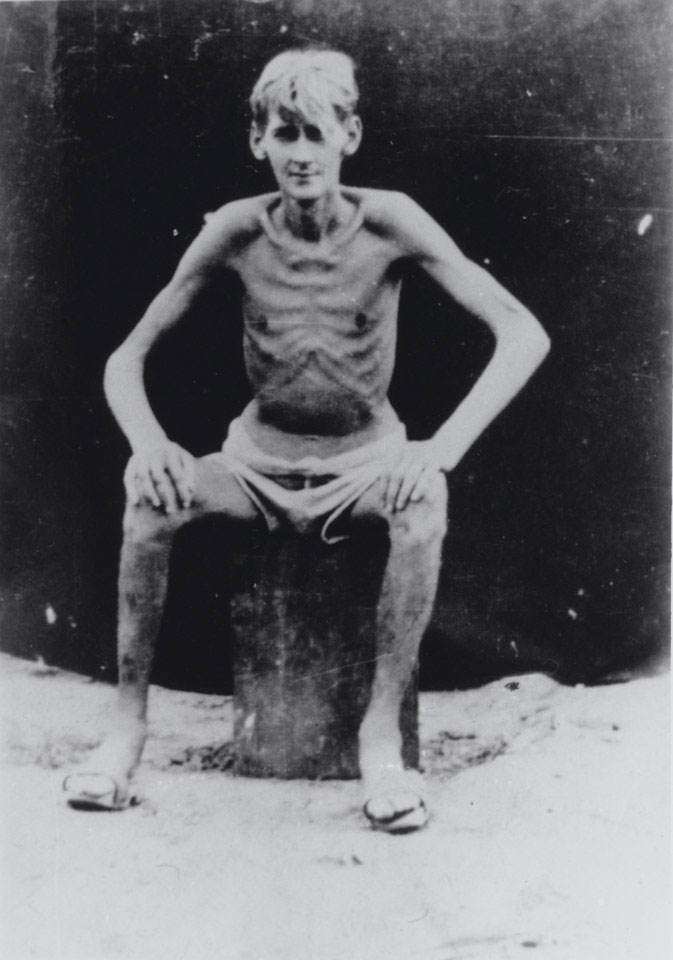 Around 13,000 British Prisoners of War (POWs) died in Japanese captivity during World War Two (1939-45), the victims of malnutrition, disease and violence. Many of these men had become POWs when Singapore was taken in February 1942 and were to spend the next three and a half years in captivity.

The men were used as forced labourers on Japanese military projects in Japan, in the Malay peninsular and on the construction of the Thai-Burma railway linking Bangkok and Rangoon. The Japanese treated these men inhumanely because they believed that surrender was dishonourable and that it was a soldier's duty to commit suicide if captured.