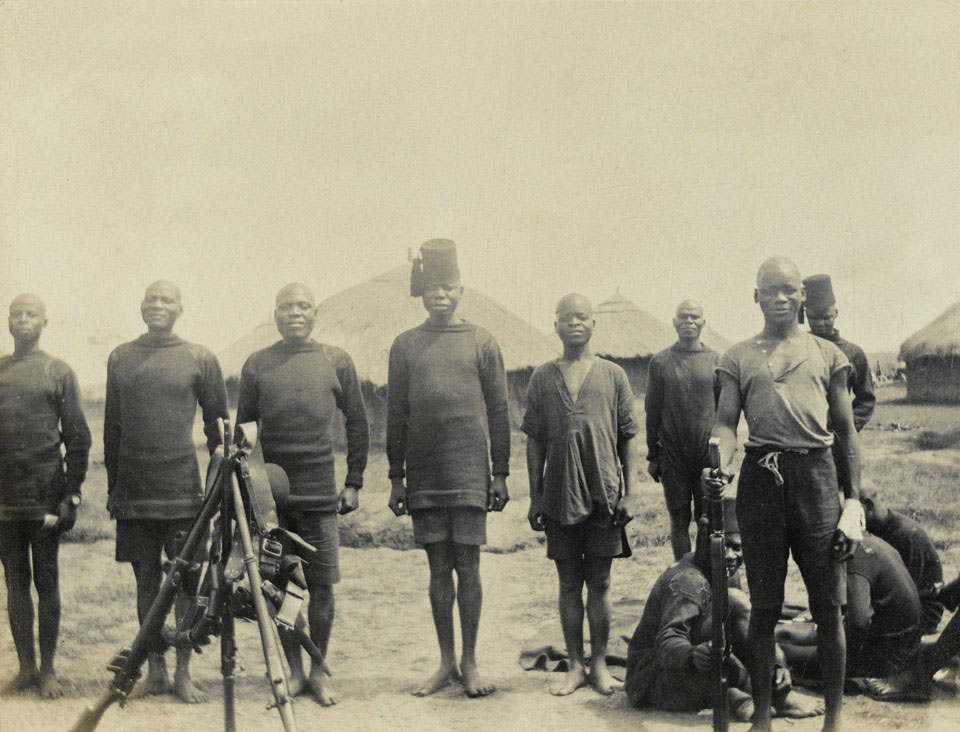 Formed at the beginning of the 20th century from tribesmen in British East Africa (now Kenya) and Uganda, the King's African Rifles played a key role during the East African campaign. Locally recruited soldiers were more resistant than their European counterparts to the climate and local diseases. By November 1918 the 'British Army' in this theatre was mainly composed of African soldiers.