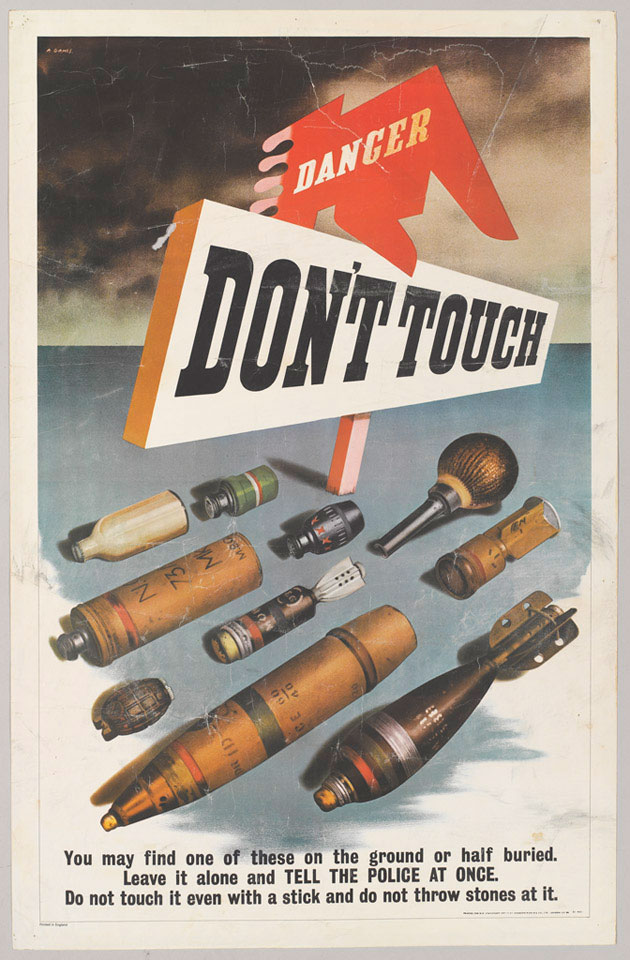 Reprint of a chromolithograph public information poster after Abram Games (1914-1996), originally published by the HMSO, London, 1943.

Abram Games was a graphic designer. Following the outbreak of war, he served as an infantry soldier, before being recruited by the War Office Public Relations Department in 1941 to help them communicate their messages.

As 'Official War Poster Artist', Games created over 100 designs. His use of clever symbolic devices and simplified forms resulted in some of the most arresting and powerful posters of the 20th century.

In this poster, Games depicts a sign inscribed 'Danger Don't Touch', above grenades and munitions. Below are the words 'You may find one of these on the ground or half buried. Leave it alone and tell the police at once. Do not touch it even with a stick and do not throw stones at it.'