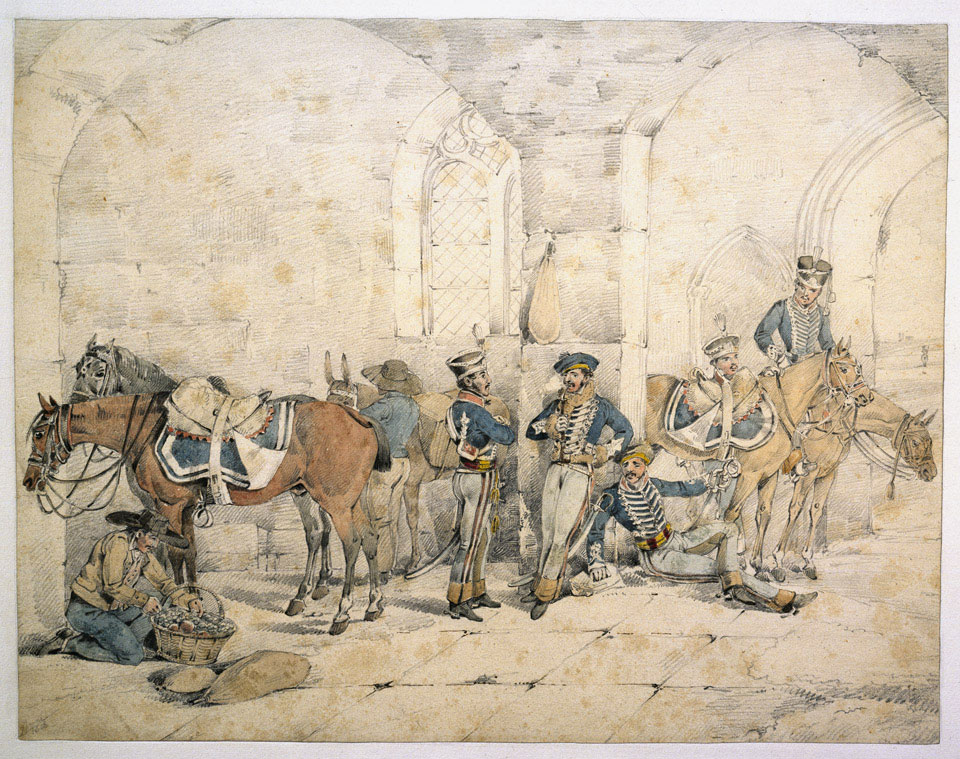 The King's German Legion was formed from King George III's exiled Hanoverian subjects (the King was also the Elector of Hanover) in 1803. It eventually grew in size to include 10 line battalions, two rifle battalions, five cavalry regiments and artillery. The Legion was highly regarded by friend and foe alike and its cavalry was reputed to be among the best in the British Army during the Peninsular War (1807-1814).