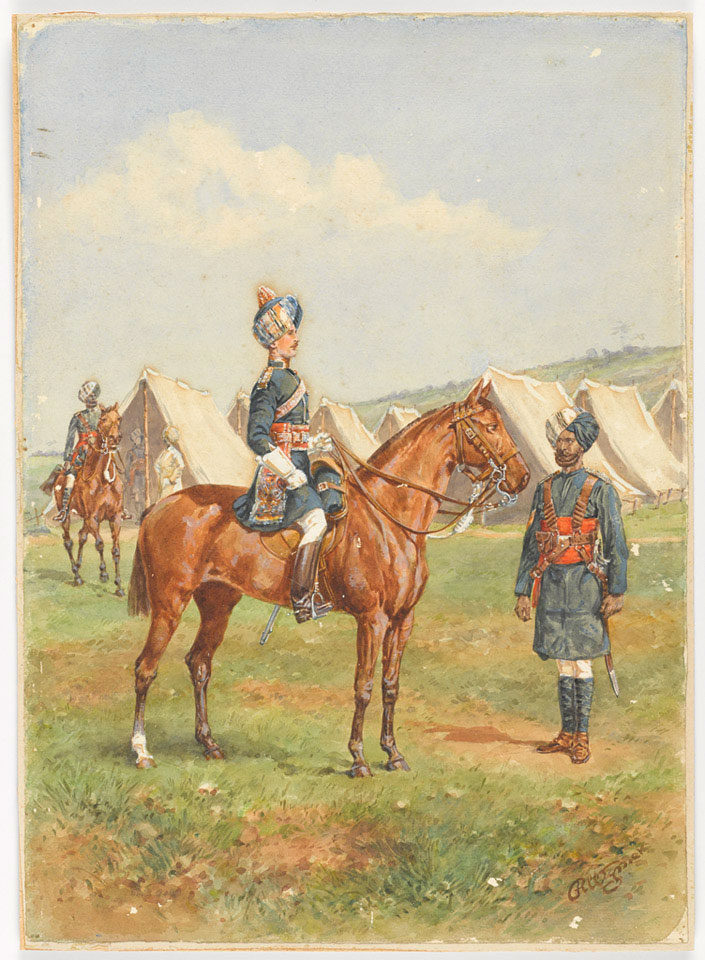 The 12th Regiment of Bengal Cavalry was formed in 1861 from an irregular cavalry unit raised during the Indian Mutiny of 1857. The Regiment served in the Abyssinian campaign of 1868 and in the 2nd Afghan War (1878-1880). In 1921, after service in Mesopotamia during World War One (1914-1918), the regiment was amalgamated with the 11th Prince of Wales's Own Lancers, to form the 5th King Edward's Own Probyn's Horse.