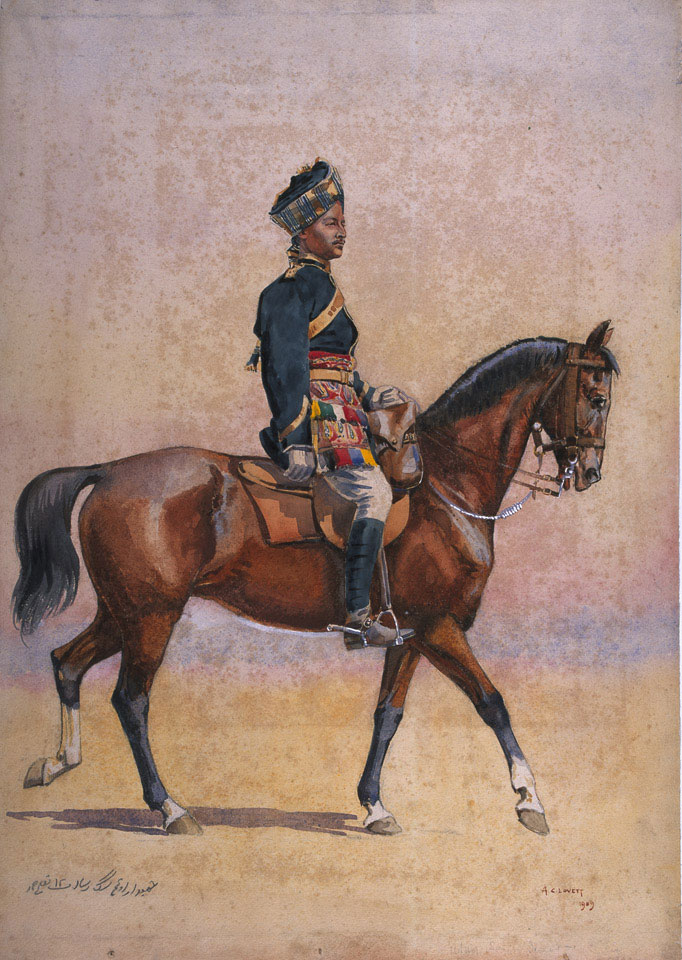 Originally raised in 1857 as an irregular Sikh cavalry unit for service during the Indian Mutiny (1857-1859), by 1909 the 12th Cavalry also included Dogras, both Hindu and Muslim, within its ranks. Most of these men came from the Punjab and what is now Jammu and Kashmir.