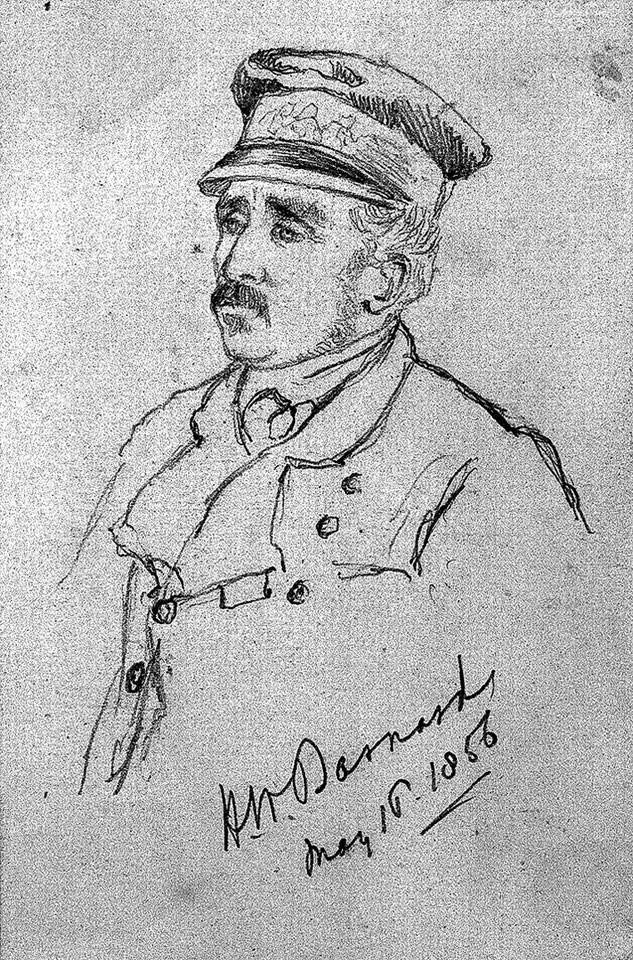 Barnard served as a brigade commander in the Crimea, and when Lord Raglan died, he became Chief of Staff to General James Simpson, the new British commander.

During the Indian Mutiny (1857-1859), Barnard led the force to take Delhi from the rebels who had occupied the city. After a decisive victory at Badli-ki-Serai, Barnard's forces took up position on the Delhi Ridge overlooking the city. Conditions were grim in the siege lines and Barnard died of cholera in July 1857, 10 weeks before the city fell.

From 'Cadogan's Crimea', an album of paintings and sketches of General Sir George Cadogan, 1st (or Grenadier) Regiment of Foot Guards.