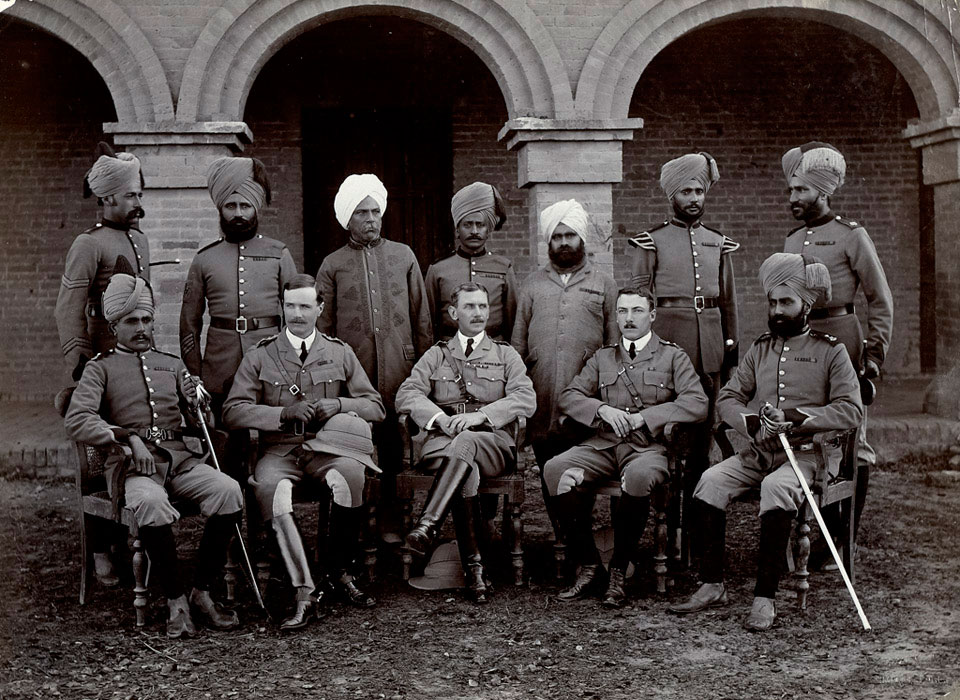 Melliss seated in the centre of a group of Indian Army officers and men.

Born in India, Charles John Melliss was commissioned into the East Yorkshire Regiment in 1882. Melliss transferred into the Indian Army in 1884. He served in the North West Frontier of India and East and West Africa. In 1900, serving with the West African Frontier Force, Melliss won the Victoria Cross for his gallantry during the 4th Ashanti War (1900-1901). Melliss returned to the Indian Army in 1902, serving in East Africa with the 1st Bombay Grenadiers where he was injured in a lion attack.

At the time this photograph was compiled, Melliss had been serving back in India, commanding the 53rd Sikhs (Frontier Force). In 1912, Melliss was promoted to Major-General.

During World War One (1914-1918), Melliss served as a staff officer in Mesopotamia. Attached to the 6th (Poona) DIvision, Melliss was captured after the Siege of Kut. He survived illness and the terrible conditions British and Indian prisoners of war suffered during their imprisonment. Melliss retired from the Indian Army in 1920 but continued to serve as Colonel of the 53rd Sikhs from 1921 until 1934. Melliss died in 1936.