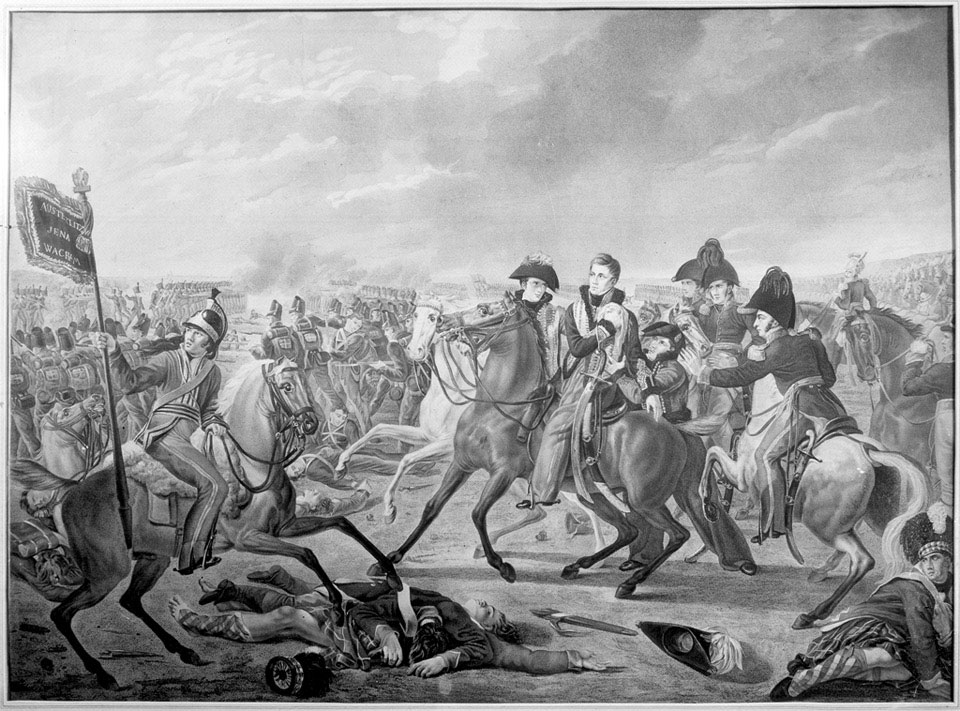 William, Prince of Orange, wounded at the Battle of Waterloo, 1815

The Prince of Orange, later King William II of the Netherlands, had served with British forces in the Peninsular War (1808-1814). By the time of Waterloo, William had been promoted to the rank of lieutenant-general. Late in the battle the Prince was wounded by a musket ball in his left shoulder. This print shows officers coming to his aid as a member of the 1st (or Royal) Dragoons carries the captured French eagle of the 105th Regiment to the rear.