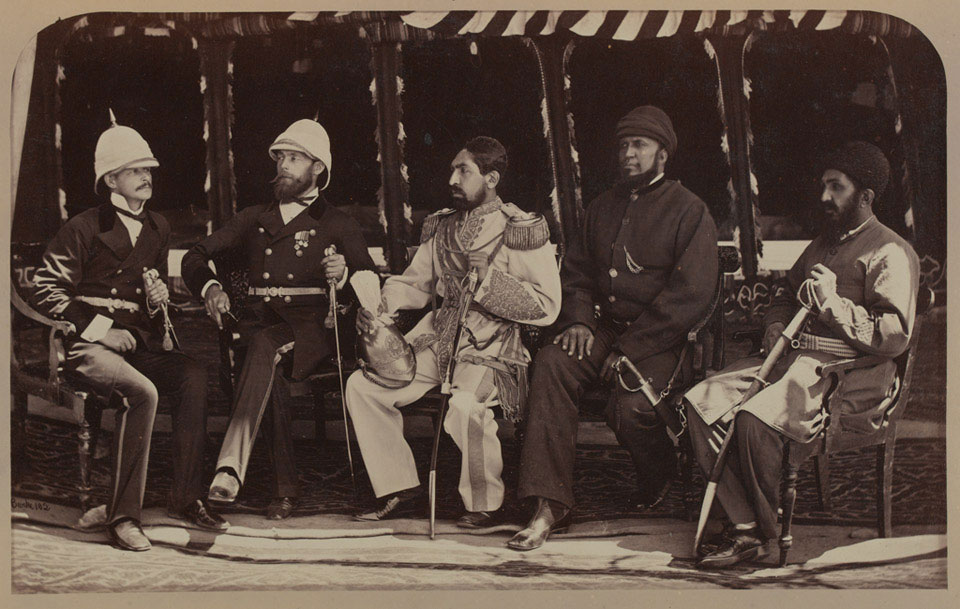 Major Pierre Louis Napoleon Cavagnari, pictured here second from the left, was born in France, the son of an Italian Bonapartist army officer, and despite his British naturalisation in 1857, remained something of an adventurer until his death. As a favourite of the Viceroy of India, Lord Lytton, he negotiated the Treaty of Gandamak on 26 May 1878 with the Afghan Amir Yakub Khan (pictured, centre). The Amir was forced to accept Cavagnari as the British envoy resident in Kabul and consent to British control of Afghanistan's foreign policy. Cavagnari was knighted and arrived in Kabul in July, but within two months, he and his 75-strong escort of the Queen's Own Guides had been murdered by mutinous Afghan soldiers. Yakub Khan, unable or unwilling to intervene, stayed his hand.