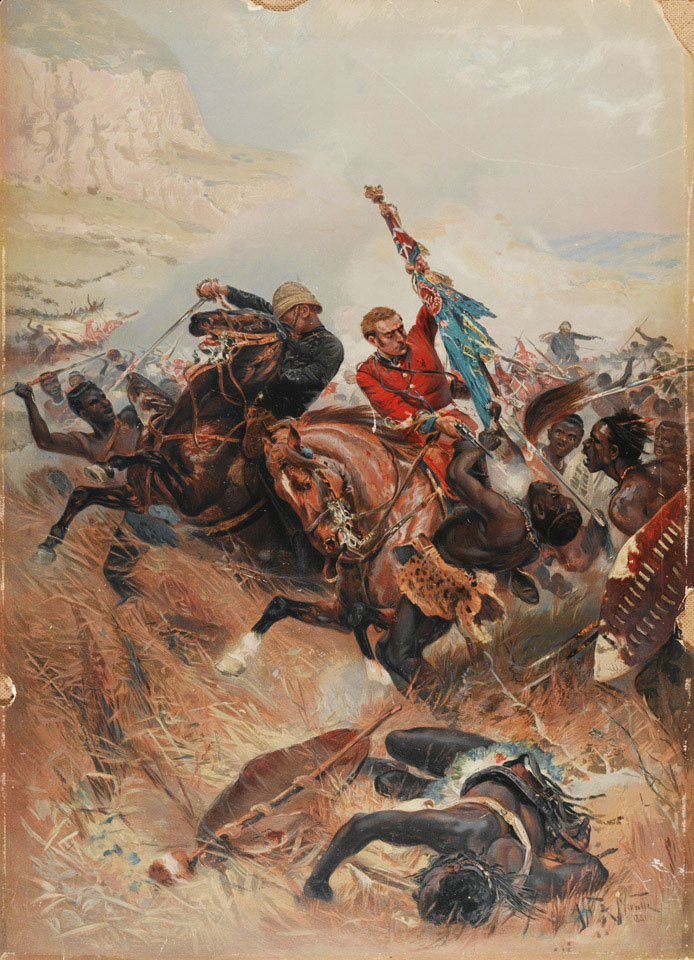 Lieutenant Nevill Coghill and Lieutenant Teignmouth Melvill of the 1st Battalion, 24th (2nd Warwickshire) Regiment of Foot, were killed attempting to defend their unit's Queen's Colour (rather than the Regimental Colour as depicted here) in the aftermath of the British defeat at Isandlwana on 22 January 1879. They were caught by the Zulus as they attempted to carry the colour across the Buffalo River. Despite their brave efforts they were eventually overwhelmed. Although 23 Victoria Crosses were won during the Zulu War (1879), Coghill and his fellow officer had to wait until January 1907 to receive their posthumous awards.