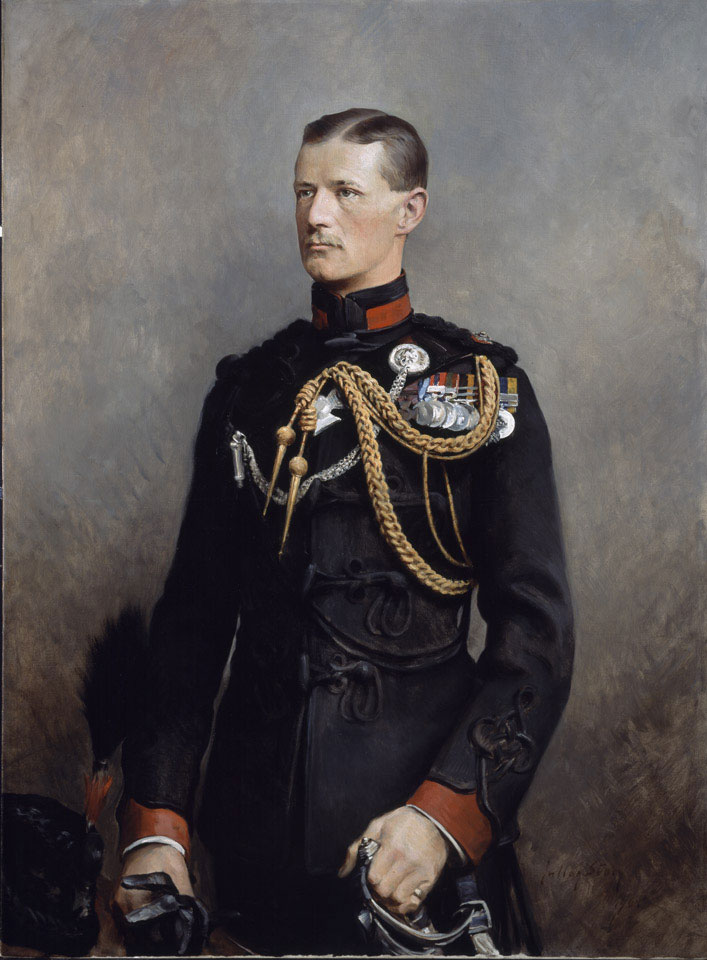 This posthumous portrait depicts Frederick Roberts VC (1872-1899), the only son of Field Marshal Earl Roberts VC. Commissioned into the King's Royal Rifle Corps in 1891, Roberts was aide-de-camp to General Sir Redvers Buller, the Commander-in-Chief in South Africa, at the start of the Boer War (1899-1902). He had previously served on the North West Frontier, being Mentioned in Despatches during the Waziristan Expedition of 1894-1895.

Roberts was awarded a posthumous Victoria Cross after an action at Colenso on 15 December 1899. Alongside several others he tried to save the guns of the 14th and 66th Batteries, Royal Field Artillery, when the detachments serving the guns had all become casualties or been driven from their guns. Some of the horses and drivers were sheltering in a donga (a dry stream or river bed) about 500 yards behind the guns and the intervening space was swept with shell and rifle fire. Roberts with two other officers and a corporal helped to hook a team into a limber and then to limber up a gun. While doing so, he fell badly wounded and two days later died of his wounds at Chieveley in Natal. His gallantry had been observed by Buller who recommended Roberts for the VC in a despatch written on 16 December, before Roberts had died from his wounds.