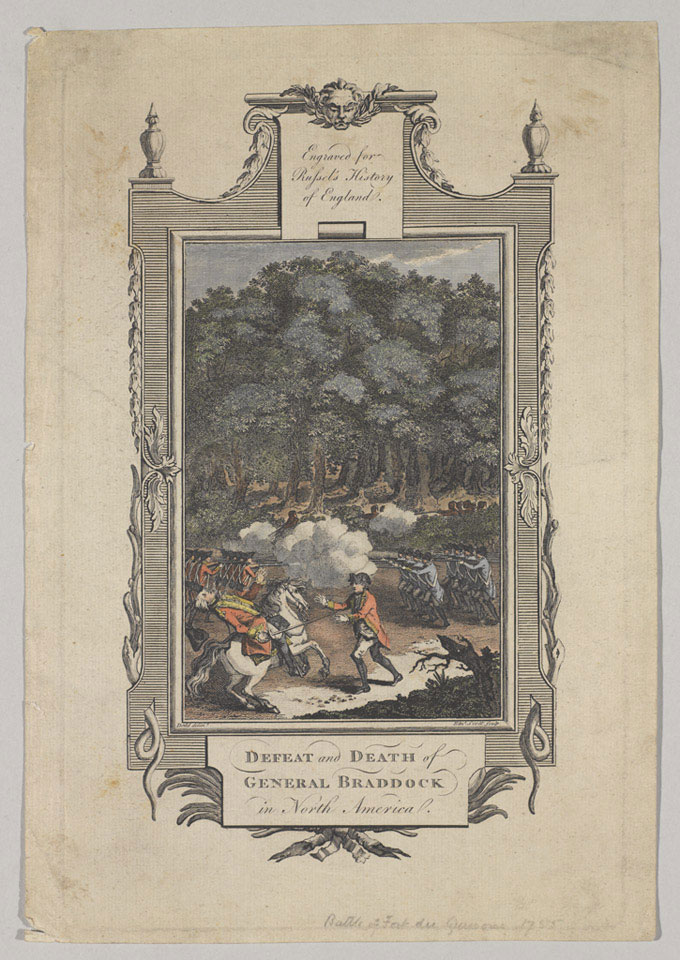 The defeat and death of General Braddock in North America, 1755

Edward Braddock (1695-1755) was commander-in-chief of the 13 American colonies during the early part of the Seven Years War (1754-1763). On 9 July 1755 he led an attack against Fort Duquesne which the French had recently established on the Ohio river in Pennsylvania.

After his men had been repulsed by the defenders, Braddock had attempted to rally them but was shot in the chest. He died four days later having been carried from the battlefield by George Washington who was serving as an officer in the militia. Legend has it that Braddock left Washington his ceremonial sash and the future American president kept it on his person for the remainder of his life.