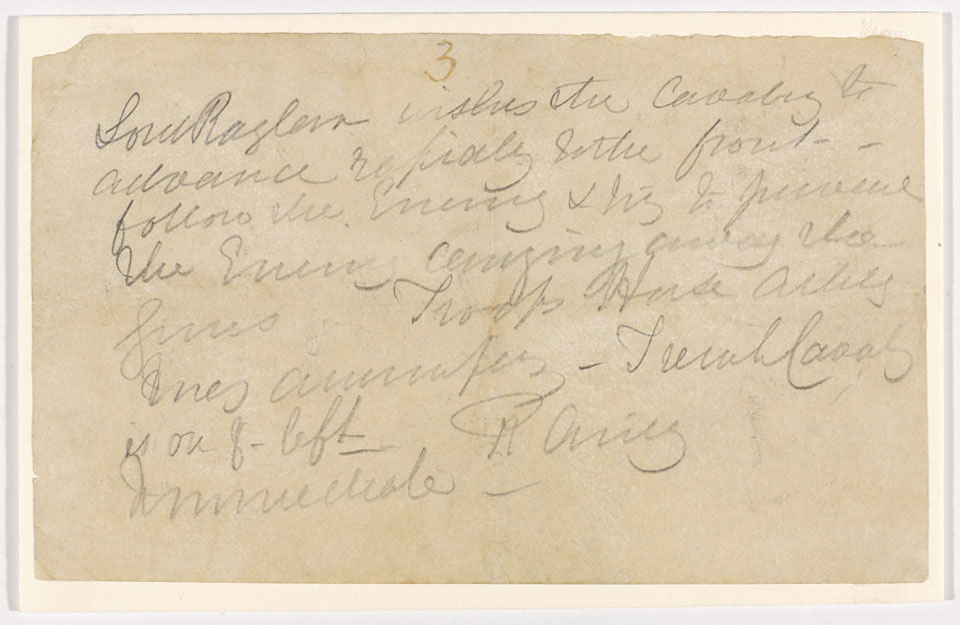 The order that launched the Charge of the Light Brigade, 1854

The Charge of the Light Brigade at Balaklava on 25 October 1854 has come to symbolize both the bravery of the British soldier and the incompetence of the Army commanders during the Crimean War (1854-1856). In one of the most notorious military blunders in history, over 260 men out of the 673 who attacked the Russian guns were killed or wounded. The order, written by General Airey and approved by Lord Raglan, the Commander-in-Chief in the East, reads as follows:

'Lord Raglan wishes the cavalry to advance rapidly to the front, follow the enemy & try to prevent the enemy carrying away the guns. Troop Horse Artillery may accompany. French cavalry is on your left. Immediate. R. Airey'.

Disastrously, Airey's orders were misunderstood, some of the blame resting with Captain Nolan, who took the message to the Light Brigade. The horsemen charged in the wrong direction straight towards the entire Russian army, rather than towards the guns the enemy had captured earlier. The casualties sustained, along with the loss of 475 horses, meant that the Light Brigade was almost wiped out as an operational force. But the legend of the 'gallant 600' remains deeply rooted in the public mind today.