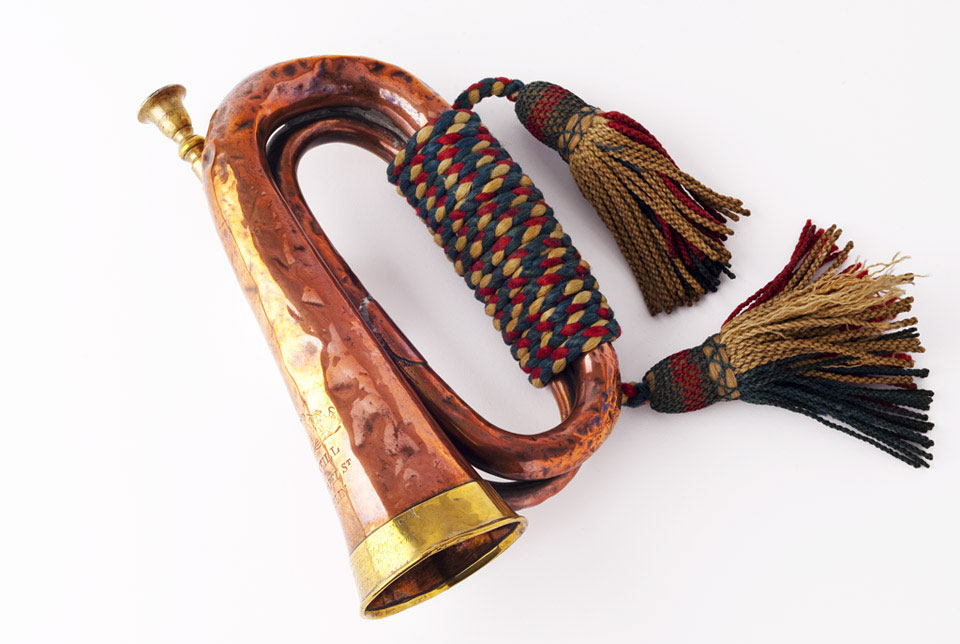 This bugle was used by Trumpet-Major Henry Joy of the 17th Light Dragoons (Lancers) during the Crimean War (1854-1856). As Orderly Trumpeter to Lord Lucan at the Battle of Balaklava on 25 October 1854, Joy used this bugle to sound the Charge for the Heavy Brigade, in which he rode. Five years after his death his bugle was sold at auction and achieved the considerable price of 750 guineas, largely because it was believed that it was also used to sound the Charge of the Light Brigade. It was sold again in 1898 and subsequently donated to the Royal United Service Institution.