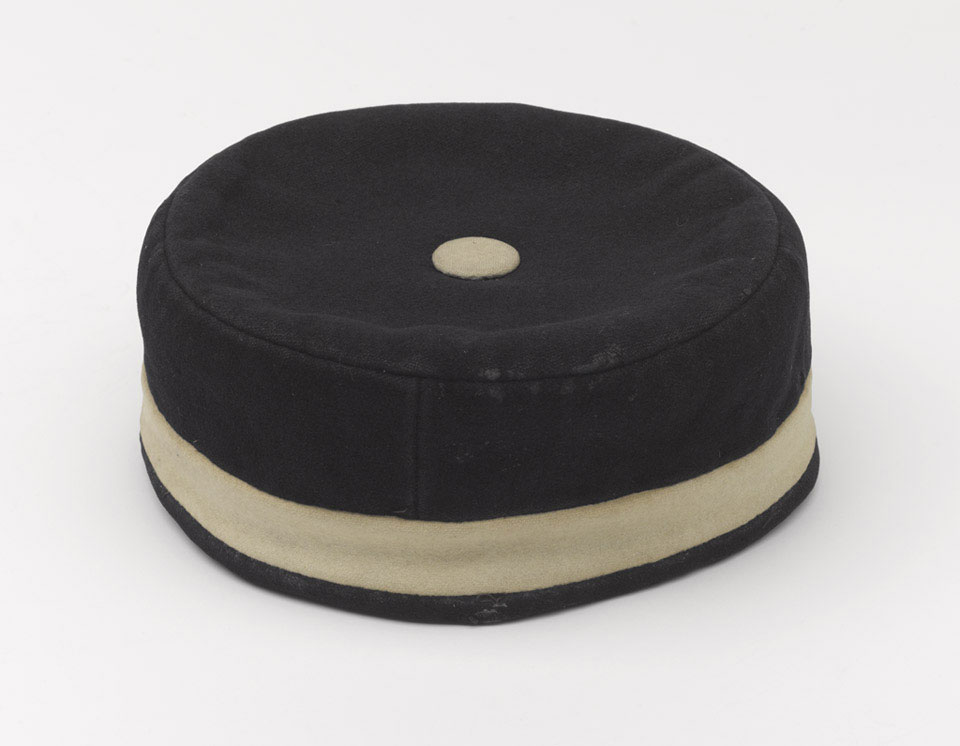 The forage cap was originally a small cap worn by men of cavalry regiments whilst out collecting forage for the horses. Later the term was applied to the undress caps worn by cavalry men when the full dress head dress was to be preserved. It was generally round and stiffened, with or without a peak, with a cloth band in the regimental facing colour and a black leather chin-strap with adjustable buckle. Other items in the collection belonging to Private Sewell are his short-tailed coatee and his spurs.

William Sewell (1830 (c) -1910) enlisted in the Army in 1851 and was badly wounded at the Battle of Balaklava during the Charge of the Light Brigade on 25 October 1854. The injury to his head was so severe that for the remainder of his life a plate was fixed over the wound. He left the Army as a sergeant and became a coachman, dying in Liverpool.