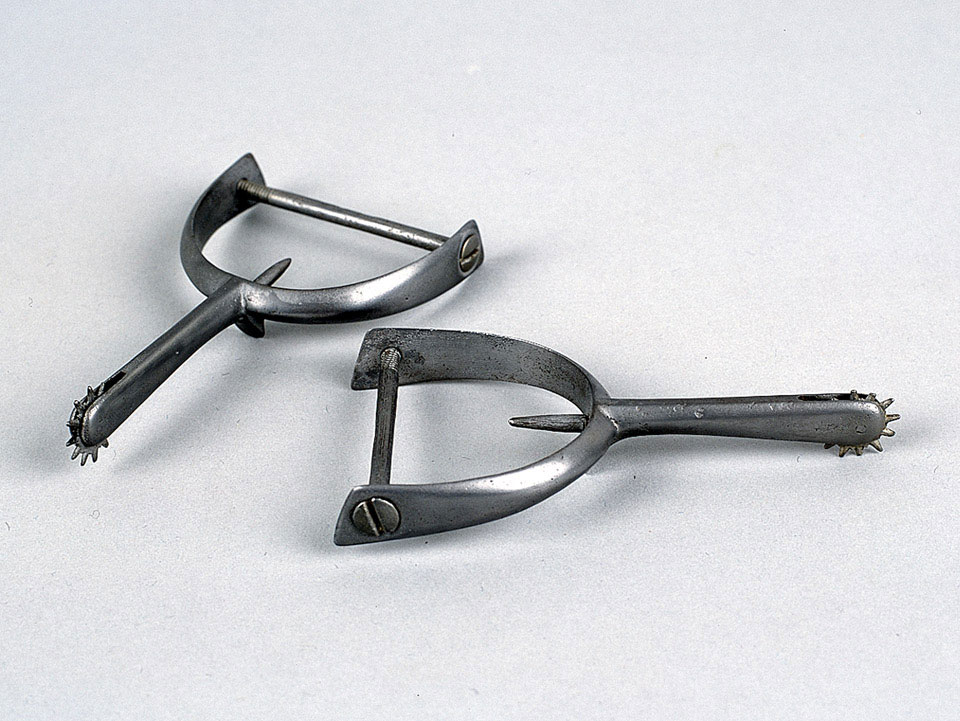 These spurs belonged to Private William Sewell (1830-1910) who served during the Crimean War (1854-1856). They are made of steel and have a spike fitting and screw bar for attaching to the boots.

William Sewell enlisted in the Army in 1851 and was badly wounded at the Battle of Balaklava during the Charge of the Light Brigade on 25 October 1854. The injury to his head was so severe that for the remainder of his life a plate was fixed over the wound. He left the Army as a sergeant and became a coachman, dying in Liverpool.