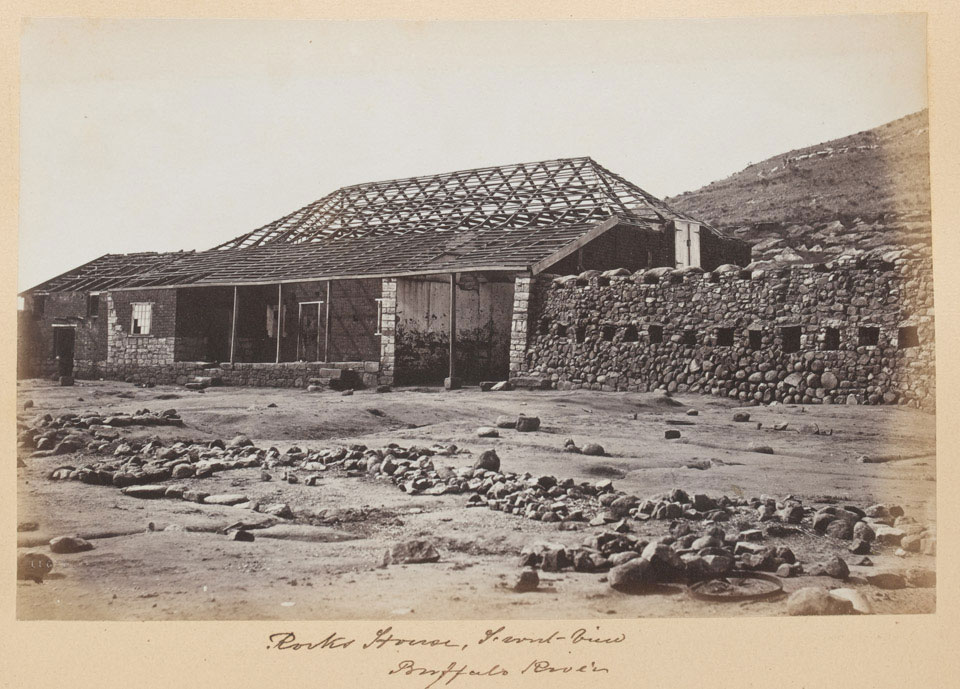 After their victory at Isandlwana on 22 January 1879 around 4,000 Zulus pressed on to Rorke's Drift, a mission station on the Buffalo River. One Company of the 2nd Battalion 24th Regiment of Foot held them off for twelve hours. This was a welcome boost to British morale after the disaster of Isandlwana, but it had little effect on the campaign as a whole.

Unsurprisingly, it was the defence of Rorke's Drift and the subsequent award of 11 VCs, rather than the defeat at Isandlwana, that passed into British folklore. This photograph depicts the storehouse at Rorke's Drift. It was probably taken in June 1879 after the post was fortified by the addition of loopholed stone walls.