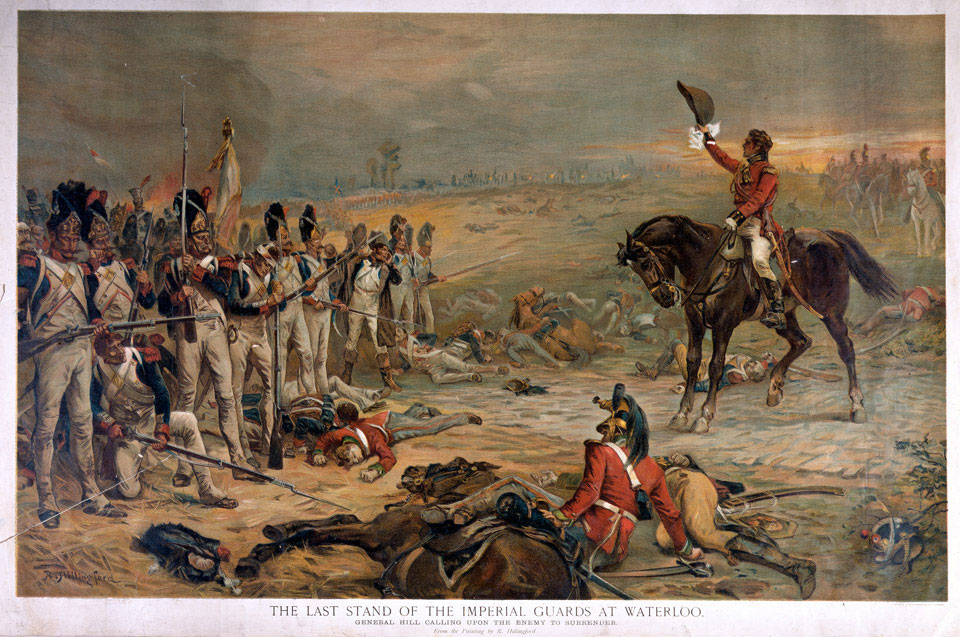 'The Last Stand of the Imperial Guards at Waterloo. General Hill calling on upon the Enemy to Surrender', 1815

Print by Riddle and Goughman after the painting by Robert Hillingford, published by Sketchy Bits, 1896.

The elite Imperial Guard had been thrown into the battle at the last minute to salvage a victory for Napoleon, but despite their bravery they could not break the British centre and were forced to retreat. The setback broke French morale. The surviving Imperial Guardsmen rallied just south of La Haye Sainte for their last stand. Legend has it that when called on to surrender, a French general (either Pierre Cambronne or Claude-Etienne Michel) responded 'La Garde meurt mais ne se rend pas!', which translates to 'The Guard dies, but it does not surrender!'