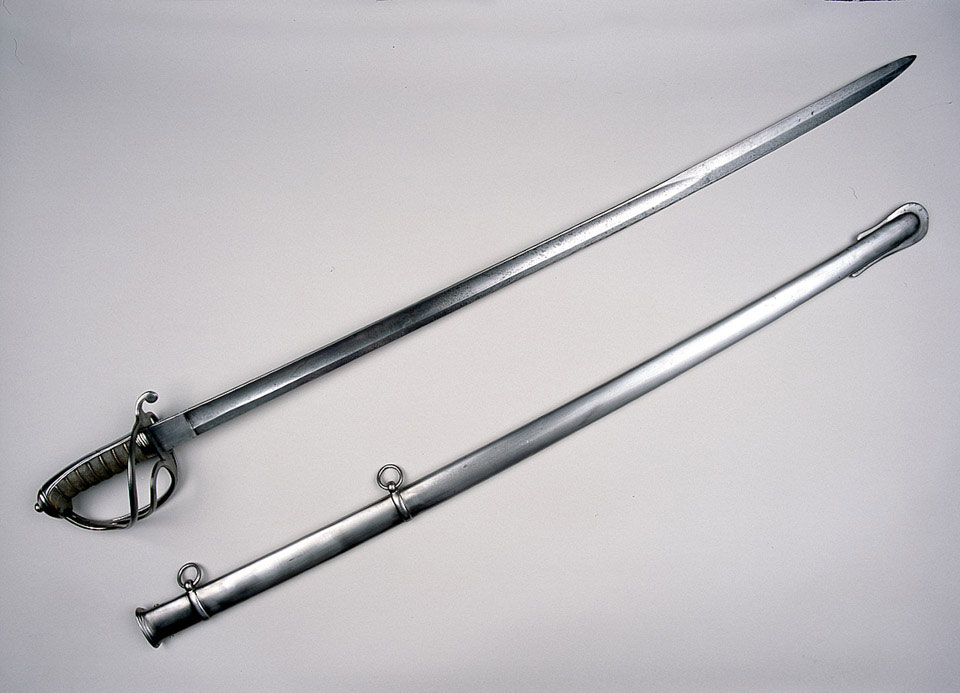 Thomas Hutton would have purchased this sword when he transferred to the 4th (Queen's Own) Light Dragoons in 1847. It was used by him during the Charge of the Light Brigade, in spite of his wounds: 'He was shot through the right thigh during the advance', wrote his commanding officer, Lord George Paget, 'and holloaed to his squadron leader: "Low, I am wounded, what shall I do?" to which the latter replied: "If you can sit on your horse, you had better come with us; there's no use going back now, you'll only be killed." He went on, and if report speaks truly, made good use of his powerful right arm in disabling some of the enemy. On his return he was shot through the other thigh, his horse being hit in eleven places.'

Like the Infantry swords of the period the Light Cavalry sword was criticised for its flimsy pipe-back blade. This sword has the so-called Wilkinson blade, a heavier fullered blade that made the pattern a better fighting weapon.