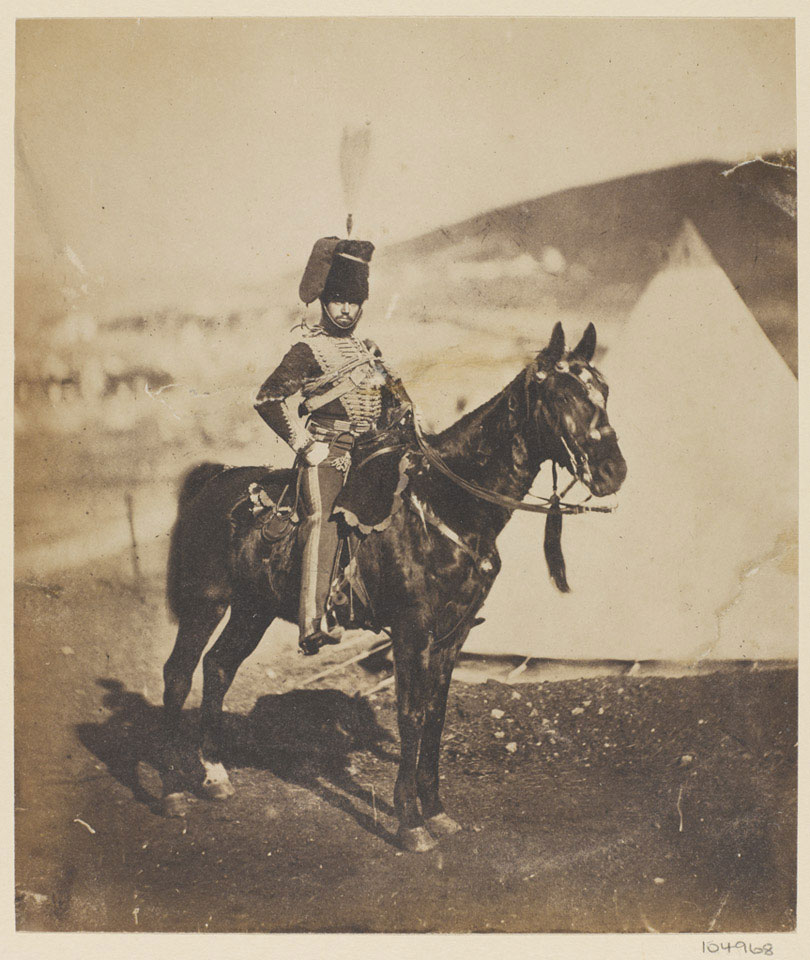 John Wilkin (died 1891) rode in the Charge of the Light Brigade as the 11th Hussars' Assistant Surgeon. On 2 February 1855 he purchased the rank of cornet in the 11th, and is photographed here in full hussar dress; even his horse has its throat plume. Wilkin was a skilful horseman and excelled in the races organised in the Crimea.