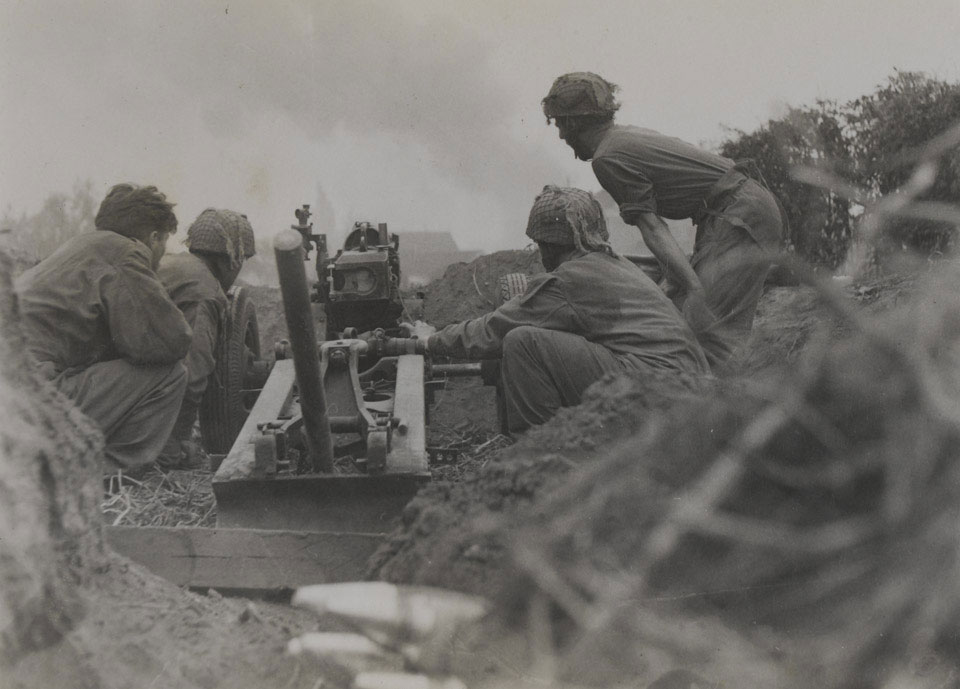 An airborne crew was expected to be able to assemble their gun for firing within four minutes of landing. The crew depicted here are (from left to right) Gunner Miller, Gunner Davey, Bombadier Allsop and Sergeant Prentice. Twenty-four of these guns were used at Arnhem during Operation Market Garden.