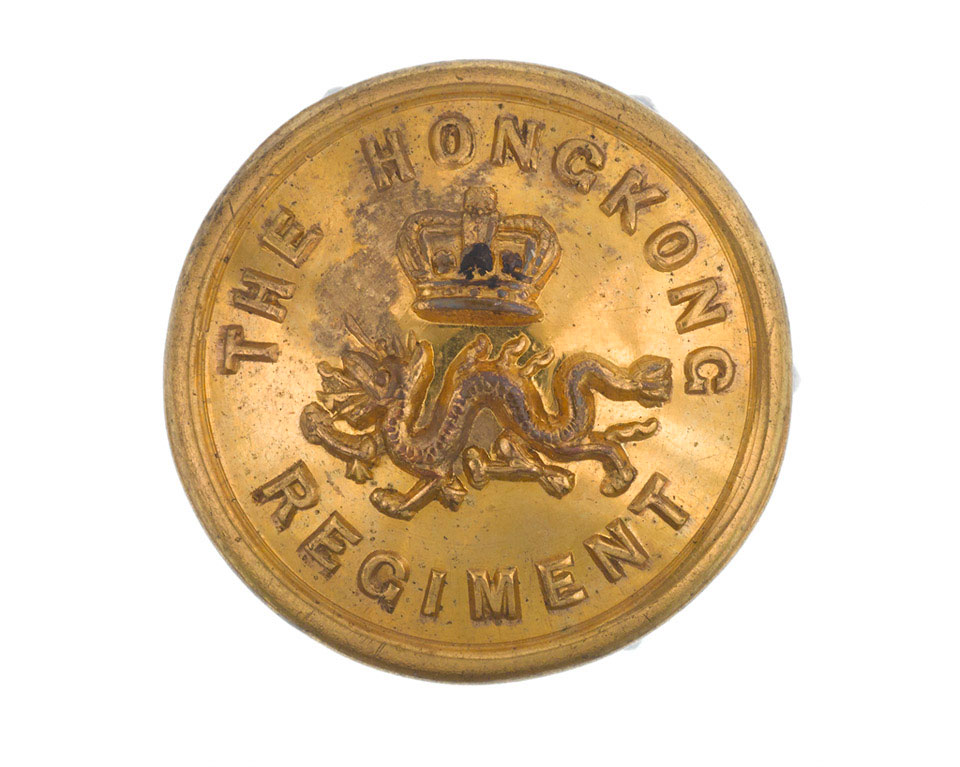 Gilt button by Hobson and Sons, London, with Chinese dragon surmounted by an Imperial Crown, encircled by the regimental title, 'The Hong Kong Regiment'.

The Hong Kong Regiment was formed in 1891 as part of the British Indian Army. It was created to help garrison the British colony of Hong Kong. The Regiment arrived in Hong Kong in 1892 and gained an excellent reputation due to its high standard of drill and skill at arms. As a result it also gained a nickname, 'The Swagger Regiment'.

The Regiment participated in the 3rd China War (Boxer Rebellion), forming part of the relief force that fought through to the besieged foreign legations in Peking. However the cost of the Regiment's upkeep was deemed too great and the unit was disbanded in 1902, with many of its men transferring to the 67th Punjabis.