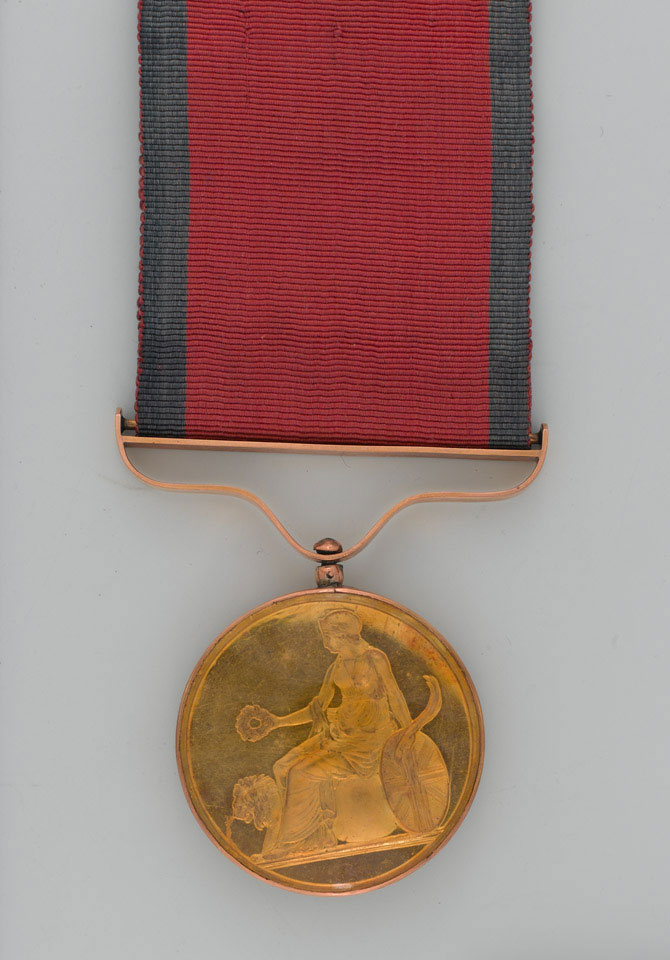 The Army Gold Medal was a campaign medal which could only be awarded to officers. The British occupied Guadeloupe in 1810 but returned it to France permanently in 1816 under the Treaty of Paris. Francis Browne was appointed major in the regiment in 1808. He retired as Lieutenant-Colonel of the 1st West India Regiment in 1828.