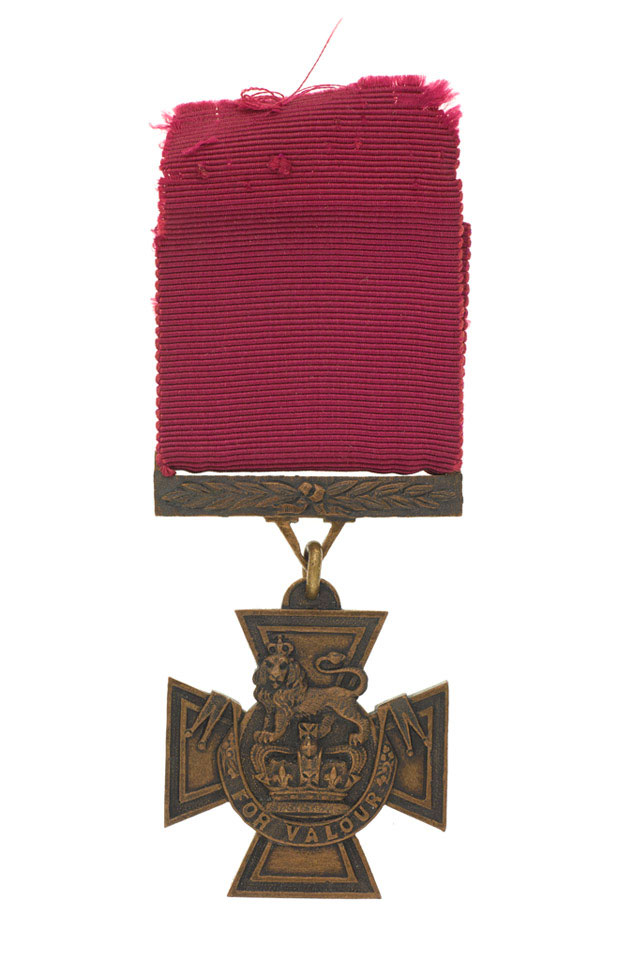 Bronze cross with, on the obverse, the crown of Saint Edward surmounted by a crowned lion, with the inscription, 'For Valour', on a scroll. Inscribed on the reverse with the date of the action at which the medal was won, '15 Jany 1859'. The medal is suspended from a crimson ribbon by a ring and suspension bar, decorated with laurel leaves. The reverse of the bar is inscribed with the recipient's rank, name and unit.

During the Indian Mutiny (1857-1859), on 15 January 1859, Captain Clogstoun, with a small force of cavalry, charged rebel forces attempting to escape from the fortified village of the Chichumbah. The enemy forces were forced back into the village but Clogstoun was severely wounded and lost seven out of the eight of his men whom he led. The Hodson Index of Indian Army officers records Clogstoun's death on 6 May 1862, at Hingoli, in the modern Indian state of Maharashra.