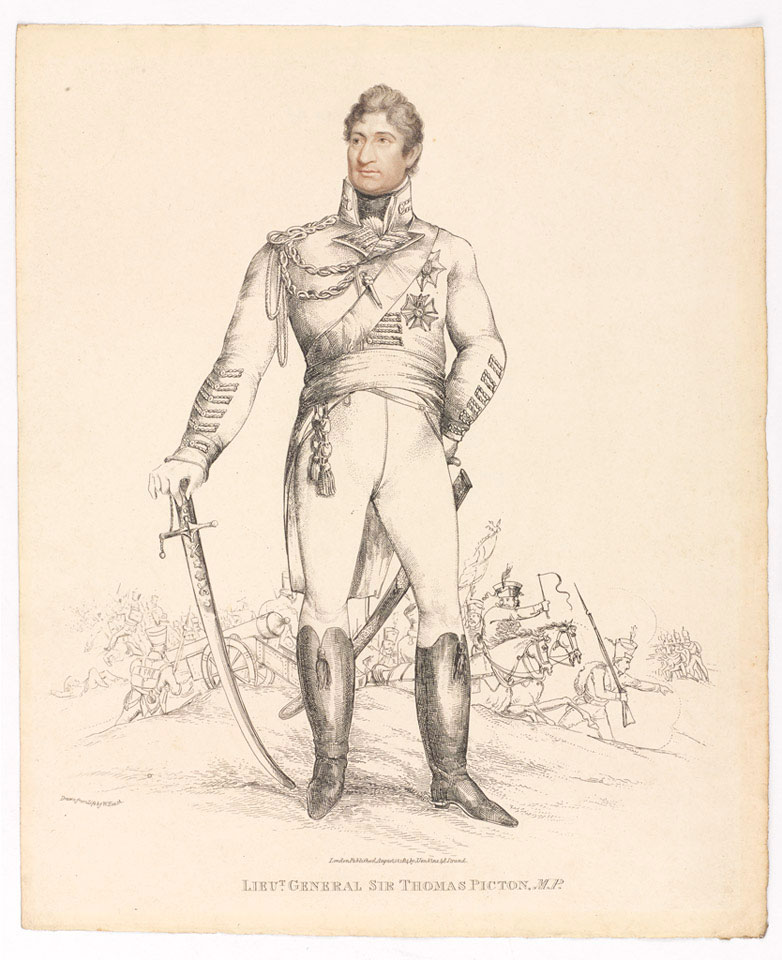 Sir Thomas Picton (1758-1815) saw service in the West Indies from 1794 to 1797 and was then appointed Governor of Trinidad. On his return to England in 1803, he was accused of sanctioning the torture of a Trinidadian woman who was suspected of theft. He was only acquitted after a four year court case. In 1810 he took command of the 3rd Division in Portugal and led it throughout the Peninsular War, turning it into one of the most effective formations in Wellington's army. At the end of the Peninsular War, Picton wanted to retire from active service, but was asked by the Duke of Wellington to command a division of his army in Belgium. Picton led the 5th Division at Quatre Bras, where he was wounded, and Waterloo, where he was killed.