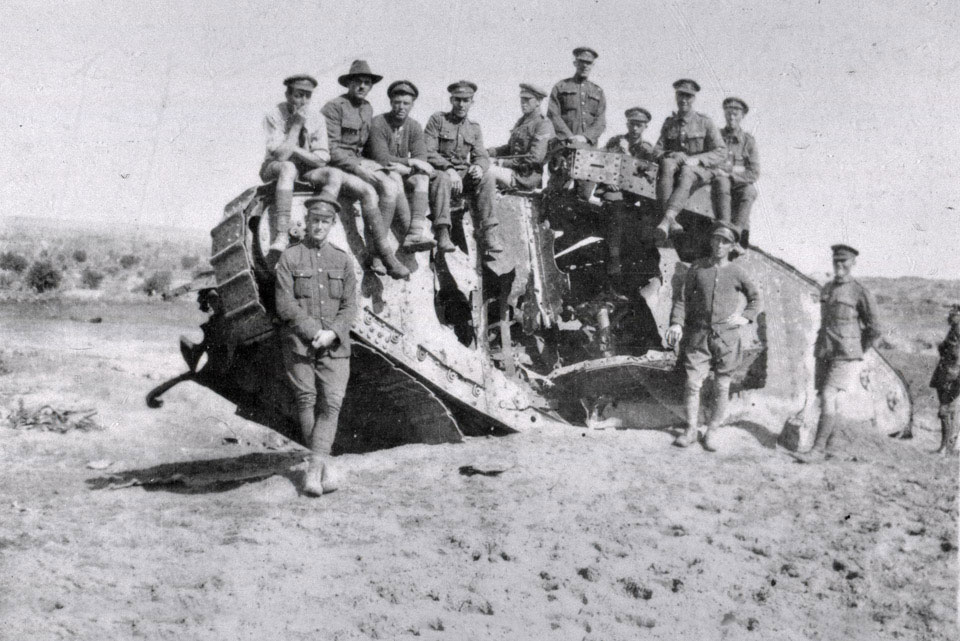 A Mark I male tank weighed 28 tons and had a top speed in fourth gear of only six km (3.7 miles) per hour. Within the tank, temperatures of over 45C (113F) could be reached. With little ventilation, crews would gradually begin to feel sick from the fumes building up inside. The Daimler engine also made so much noise that talking was impossible; the crew communicated through hand signals or banging the side of the tank.

From a collection of photographs taken in Palestine at the end of World War One.