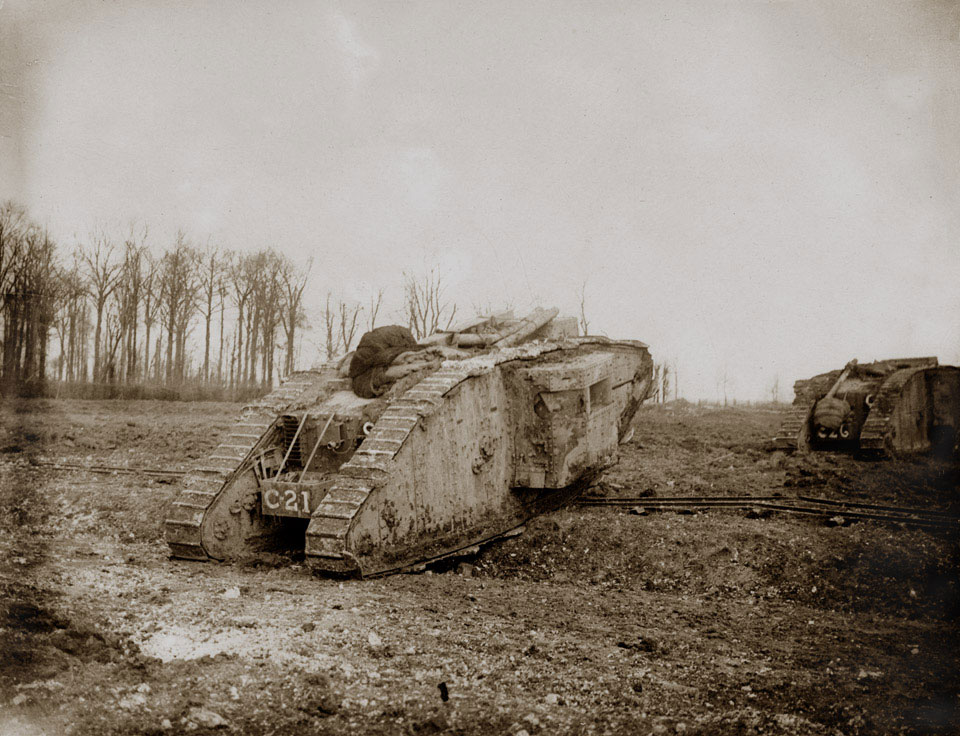 Two 'Mark II Tanks (C21 and C26) of 'C' Battalion The Tank Corps go into action during the Battle of Arras. Over 50 Mark IIs took part in that engagement and several were knocked out by German gunners firing armour-piercing machine gun ammunition.