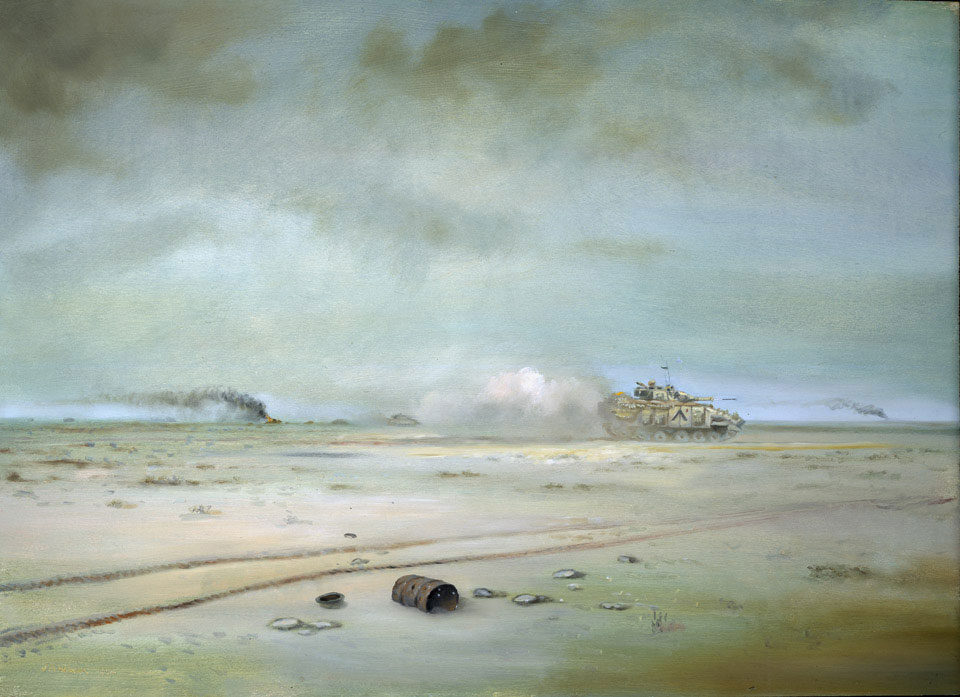 Oil on board by Captain Jonathan Wade, Royal Highland Fusiliers, 1992.

The Gulf War of 1991 occurred as the direct result of the invasion of the small, oil-rich state of Kuwait by Iraq on 2 August 1990. This followed a series of arguments over oil, money and boundaries, and threatened the world's oil supplies as well as the delicate balance of power in the Middle East. A United Nations military interdiction was authorised on 14 September and troops from a coalition of 28 nations deployed to the Middle East. After the deadline set for Iraq's withdrawal of 15 January 1991 passed without result, the military response went into action. By 27 February a cease-fire was ordered and by 3 March Iraqi leaders formally accepted terms.

As a serving army officer, the artist, Jonathan Wade, was attached to Headquarters, 7th Armoured Brigade for five months during the Gulf War (1990-1991).